Unlike our neighbors to the east, ALL of southeast Minnesota's streams have been open since Jan. 1, not the carte blanche Iowa has, but I'll take it.

It was one of those days that reminds you that winter is in the rear view...until you get socked with eight inches of wet, sloppy snow in April. Stream levels were a tad low and water clarity was outstanding considering the snow melt and daytime runoff can sometimes make fishing tricky to say the least.

I finally saw some real, actual BWO emergence today, which will only get better as temperatures continue to soar throughout the Midwest. My trail fly was a #18 one biot, black PT, and it killed it all day. Sure, the usual suspects as a lead fly caught fish, but the PT was money. 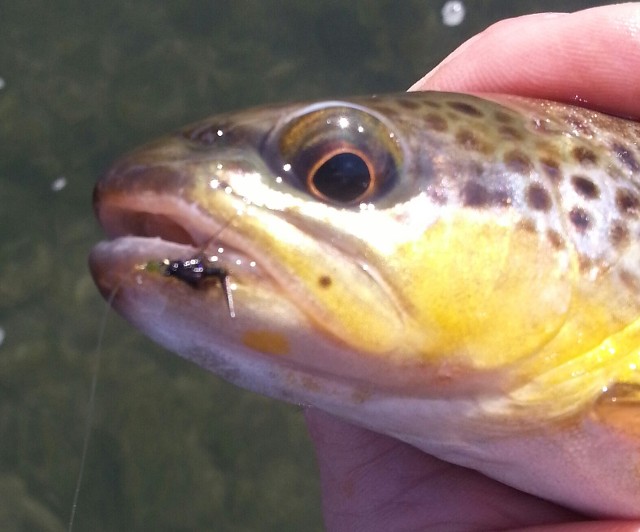 The plus of the day was running into some holdover rainbows that obviously have found a way to adapt from hatchery life to stream life. 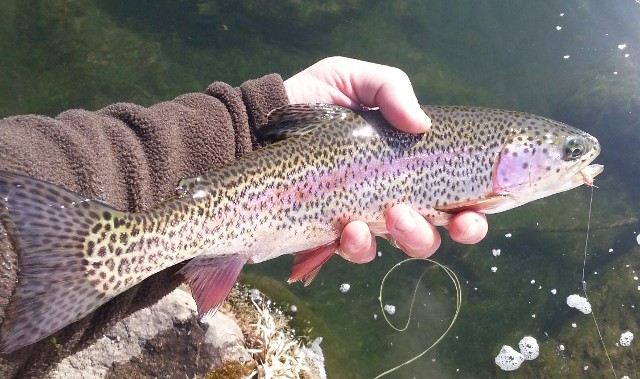 The weather is good and getting better. Baetis are flying, and the midges are still around. Finally, be sure to pack some sunscreen....and pack some buggers. It won't be long before the hogs will be hammering them.

Nice fish buddy, it won't be too long before the ice goes out here and I'll be out there a little too.

Nice, but you should have moved up stream and tried for the slam. That PT looks a lot like the stonefly nymphs that are crawling all over the place this time of year.

The stream I was on doesn't have brookies, so the slam was out of the question. I can usually get the slam a few times a year if I play my cards right. The trick is the brook trout part. We just don't have them as widespread as I would like.