So This past summer I managed to get in on a trip to Alaska to fish for Coho. It was the Prince of Wales Island. Near the town of Whale Pass. Well there were whales everywhere thats for sure! The fish we ended up going after where part hatchery coho, and part wild coho (in smaller numbers). The odd thing is that the hatchery was privately owned! I mean knowing only what is going on in the lower 48..... I thought that hatcheries where state owned. But regardless I did get quite a bit a info and now planning for next years trip to a wild rivers only place. What I noticed is that the hook up ration versus foul hooking was 30/35% to 70/65%. I mean these hatchery seems to be on one mission which was to get up river and ladder. Either way did enjoy the time there and like I said learned a bit about fishing Alaska and how the rivers are structured there. Not like here on the west coast of the lower 48.

The time frame I was up there was 10 days. We fished 6 days of salmon and two days of halibut (other two we did some traveling). Got into some nice halibut, and fun for sure! The salmon where just starting to come up being the rainy weather was just beginning. So the river levels was on the rise. The flies that seemed to work the best was a large orange cactus chenille with various colored marabou tails. Pink, red, orange, purple, and sliver or black bead eyes on #2 Gammie hook. Before the rain got there it was tough with not much running water. The fish where in the rivers just hard to swing for or at. The method I stuck to that worked was fishing a riffle at the bend of the river that dumped into a deep pool that had water running at a faster pace.

So I would cast down the typical 45* cast and let it sit on the dangle. They would come up and smack the fly and take off down river like a wild train on the loose! hahaha! I have not seen steelhead do what these fish would do when hooked. What was weird to me was that if foul hooked they would only chug along in the deep until they would pop off or snap the line. But if they came up and took the fly and got hooked it would turn into a 4th of July firework show! Had one shoot up river on me about 200' and after a few minutes of fighting it came running back down river. The point I was fishing was near a small bridge. The bridge had two steel cables running parallel to each other across the river. As the fish was coming back towards me down river it decided to jump out of the water about 2' in the air right between these cables. Then flip back over the cable going down stream then back up stream with another jump. I tried by best o get untangled with no success so ended up breaking off. One thing was these coho where pure energy regardless of being on average of 8-10 lbs with an occasional 12-15lbs fish.

All in all caught quite a few fish, and had a ton of fun! Can't wait for next years trip and in the wild rivers! Bears where everywhere including a mother with 3 cubs. They did run away when yelled at or thrown at with small river stones. On one occasion I was going in to land a fish and down stream of me in the dark tree branch covered bank was a big male black bear sitting there not moving an inch of muscle! After which I was going in to land the fish this big guy jump down from the rock ledge and directly on my line and hooked fish. It took 5 seconds and it was over! I thought he was going to take all my line if the leader would not snap. The leader did give way and he was gone up the rocky ledge like he was never there! The other guys did have a good laugh, and wished I had my GoPro running! I didn't get as many pics as I wanted or film as much as I wanted, but did get some. Most of the guys I was with were all doing their thing so most of the pics where selfies or me taking pics. At one point all three cubs came to the car in search of food. It was amazing to see now sneaky they can be regardless of how big! The mother took 2-3 fish off stringers heck she took one stringer completely! Other awesome sighting were bald eagle on a big number level and whales. We didn't make it a priority to get close to whales and take pics. But one did come up real close. I would say about 30-50 yards away. It was a sight! They would breech and upon landing the sound was like bombs going off! The last evening the group of guys just had enough and tired out. So I decided to fish into the evening because..... I just cant get enough! Ended up surrounded by 4 bears all down at the river for fish! Yea not the brightest thing to do by yourself!

Well I guess next year might be a bigger adventure also more to write about maybe!!! Hope this is not to long but sure was a different experience altogether! I will be posting a report from the trip to the Rogue River that I just got back from almost a week ago. So stay tuned for that

Now on to some pics! Not the best being I linked them from my instagram page. If anyone here uses IG here is the link you can follow some of my adventures on..... Aaron Fili (@steelhead_bumm) • Instagram photos and videos

And some more pics! Here is one of mother and cubs and at one point the cubs got real close.....

The first set of pics in the original post are off instagram links. These other pics were directly off the iPhone. Its why the quality might be a bit off on the first set. 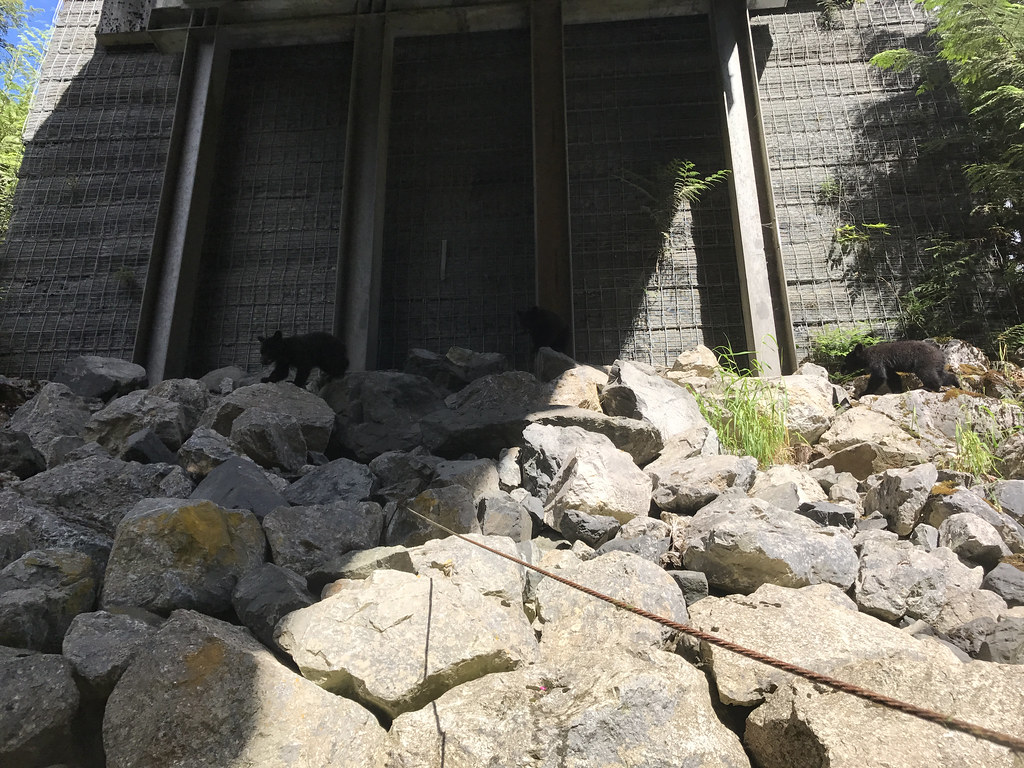 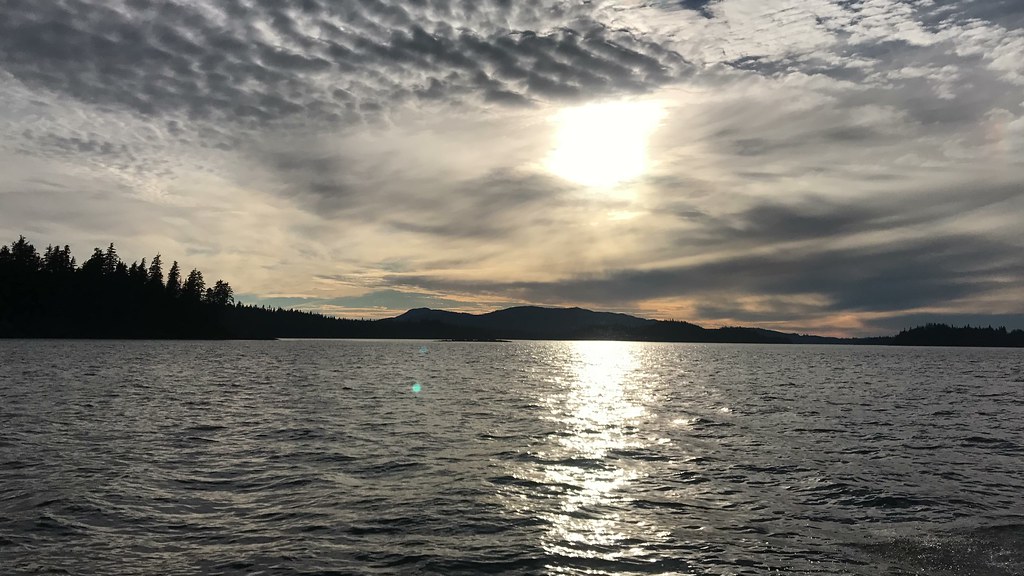 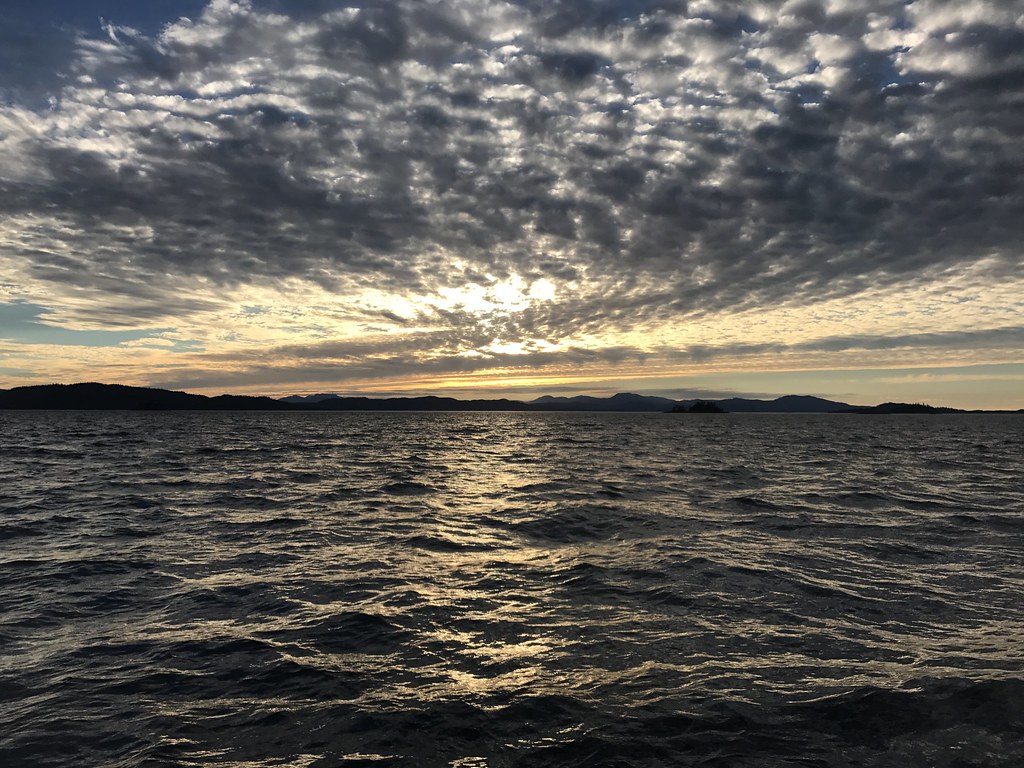 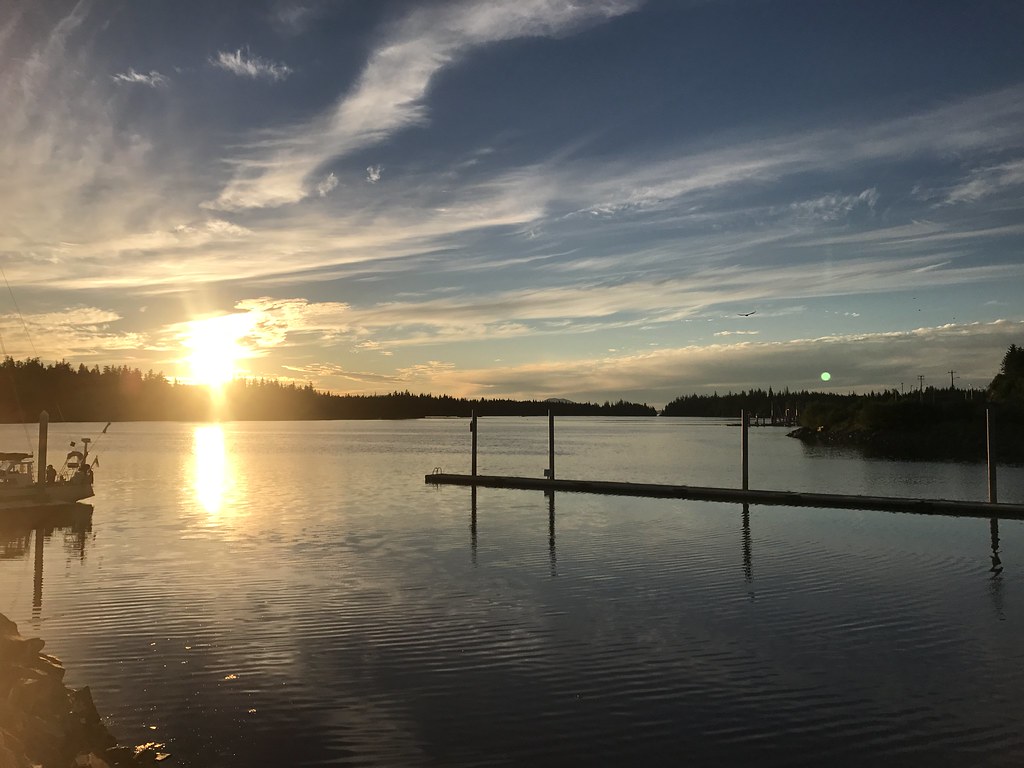 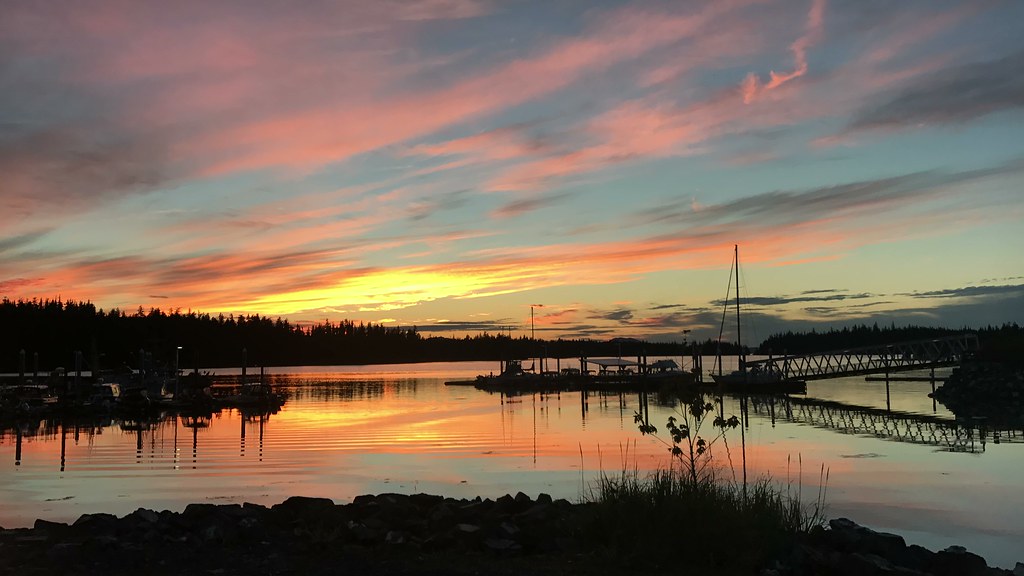 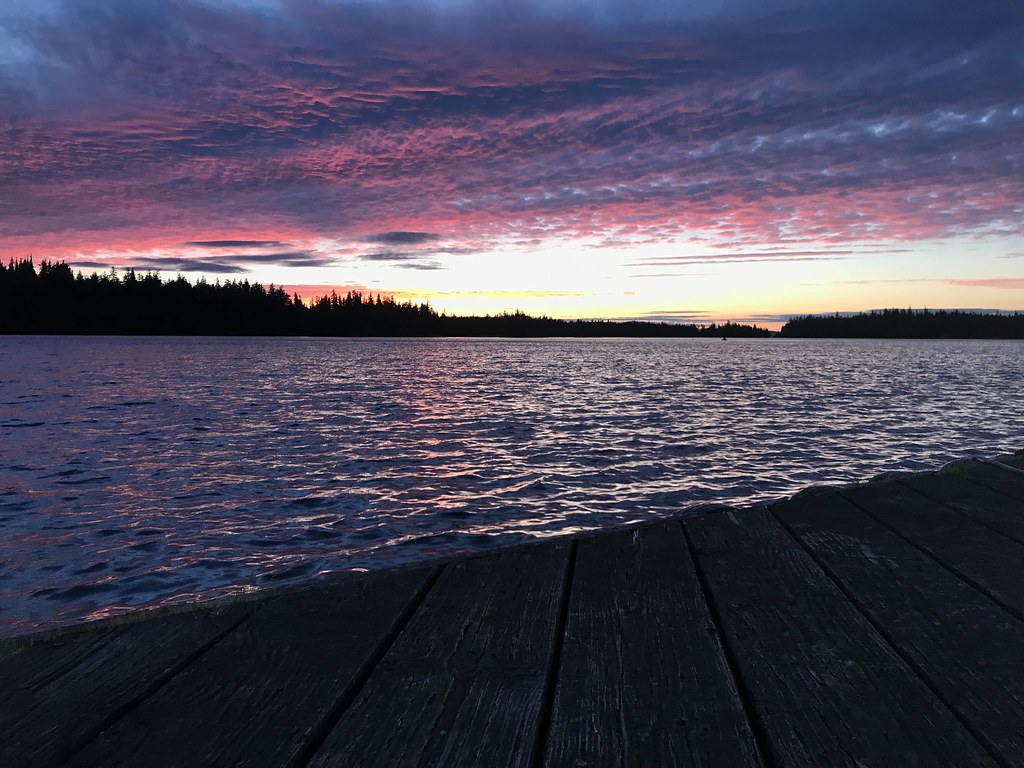 Wow, that trip sure sounds exciting, thanks for sharing all the great photos and description of your trip!

There's no such thing as being too long, I for one appreciate details and you came through with flying colors. A great report and it sounds as if you had a lot of fun and sight seeing. One advice I'd offer is that if a bear is close enough to throw stones at I'd consider leaving the area and allowing the bears to do their thing. Please don't take an offense to what I said, I live here and guide here and have had a few encounters with bears. When they come I leave.

winxp,Thanks for sharing a wonderful description and the pictures of an awesome trip!!

Glad you were not on the bear's menu! :sweatingb

I agree with Ard. Rock throwing distance is to close to bears. The shallower the water the further away you need to be. It is amazing how quick bears can move.

Ard said:
There's no such thing as being too long, I for one appreciate details and you came through with flying colors. A great report and it sounds as if you had a lot of fun and sight seeing. One advice I'd offer is that if a bear is close enough to throw stones at I'd consider leaving the area and allowing the bears to do their thing. Please don't take an offense to what I said, I live here and guide here and have had a few encounters with bears. When they come I leave.

I know that most will say that they where to close but these had a fear for people. I was talking to the local about this and most said that there are not many aggressive black bears in the area. The island wild life management usually puts down the bears that show aggression towards humans. But I understand your statement and things can go unexpected with nature real quick.


Glad you yous enjoyed the read and pics though!

Oh I'm sorry for misunderstanding, I wasn't focused on black bears although I try to give them some space when they appear. I was thinking along the line of brown bears, we have people here that will either try to move in on bears or refuse to leave a fishing spot even when a bear or 2 make it clear they intend to move in. Many of the accounts I've read of man bear encounters that went bad could have been avoided. This years famous story about a group of fishermen headed down a small stream in Southeast described how a 12 year old was the hero who fired a shot when a bear came charging up the path along the stream................... The boy was able to shoot because his dad hadn't put a shoulder sling on the slug gun the boy was carrying. Everyone else (according to the news report) had their weapons slung over their shoulders but the boy had his in hand. The bear ran over a couple guys I guess, more or less bowled them over as it came running up the trail. It sounded pretty much like a bear running up a trail to me and not so much like one trying to take down 5 humans for lunch but then I wasn't there either.

Me, I've been places where your instinct tells you there will be bears and I've turned around and vamoosed every time. The very fact that you have 5 individuals walking down a narrow brush choked path along a small stream and every single one of the 5 is armed tells me something about them. One thing, they knew dam well there would be bears there thus all the firepower. Two, they had little if any regard for the bears because they wanted to get some sockeye salmon.

I find it absolutely unconscionable that people will spend a small fortune on trucks, four wheelers and fishing gear and then put themselves and local wildlife in a life or death confrontation to take three sockeye salmon each. Furthermore, knowing what I know about sockeye salmon in small streams, anyone going after them either intends to snag them or net them because in a small stream a sockeye just isn't one that'll bite.

With all the things I see and read that are going on all over Alaska wherever there are concentrations of people I can tell everyone this.............. If your thinking that "someday" you're gonna come here, you better step up the schedule. For over ten years I've been saying the same thing, This ain't like a bottle of red wine, it isn't getting better with age.
You must log in or register to reply here.
Share:
Facebook Twitter Reddit Pinterest Tumblr WhatsApp Email Link
Top