Eastside and the White Stuff

Mammoth had received upwards of 3 meters of snow the last 48 hours before we had made the trek from LA, and it definitely showed. It was a cold one out there last weekend.

My passenger was sticking her head out the window, enjoying the mountain views, and I didn’t blame her. I, on the other hand, was trying not to skid into a snowbank.

It’s always hard telling work friends like her that I’m an avid fisherman, because for some, 'fishing' in their minds is always the reduction of what mainstream society considers fishing to be. They somehow envision your weekend being spent going into the garage and grabbing the 5 gallon bucket that has all your gear inside it with the net sticking out, stopping at your local liquor store to pick up a twelver of Coors and a tub of nightcrawlers, picking up your friend Tom Sawyer, and trying to catch some bluegill or tommy cod off the wooden dock at your local pond. They think you got sun burned dozing off to the sound of the lapping of the waves, while your red and white bobber goes under.

"Naw, I got sun burned postholing 5 miles in the snow," you tell them on Monday morning at the water cooler as you pick off the skin off your nose.

Hot Creek fished, and looked as well as I’d ever seen or fished it, but I chalked that up to the fact these fish probably hadn’t seen a sport in the past couple of days. Add the fact that it was also the first body of water in the Eastern Sierras that I had ever fly fished when I first started years ago, I had dialed down the winter time bite. (Free Hint: Beadhead WD40s in olive, in the smallest size you could tie on a long leader and 7x tippet)

The first few turn outs that headed down the ‘gorge’ area had disappeared completely under the soft powder, and because at this point after having trekked almost 2 miles according to the GPS on my watch, we figured there was no way we could carve a new path down these steep paths. The decision was made to continue down to the actual lot where the the vaulted toilets were located because apparently ‘writing your name in the snow,’ is not a past time that women appreciate as much as us men ... and there is a walkway down into the creek.

While my friend sat back and enjoyed the views that the geothermal pools, the canyon and the snow capped mountains provided, I 'headed' upstream and immediately saw fish rising. I say 'headed' in quotes, because every step forward was a chore, but the rising fish were the dangling carrot that I needed to keep moving. It also helped packing some traction devices for my snow boots, as the stream bed was a combination of knee high snow and ice, mostly because of the thermal steam melting the bottom portion of the snow pack. You'd step through a foot or 2 of snow, and then hit an icy stream bed trail. My surgically repaired meniscus was looking up at me like, ¯\_(ツ)_/¯

The drop in that we used unfortunately only allows for 3 or 4 good runs before you hit a cliff where you have to hike above to reach the next section, something easily done in the summer, but not happening today. So, after annihilating the fish in those few sections, the trek back to my friend was made. I had only been upstream for about an hour, and had landed 20 or so fish. She was sipping on a seltzer and asked why I had never mentioned this place during my Monday water cooler conversations.

The rest of the trip was spent visiting and photographing all my favorite places around these parts. I did fish the LowerO for about 15 minutes around sundown, and all I caught was frostbite in my fingers, but I knew that the fish would have been more active earlier in the day.

Coming up to the Sierras always recharges the batteries of my soul, and this trip was even more special, because of the conditions and the trekking we had to do overcome to get most of these shots. I'm used to trekking through snow that has already been packed down, and was not expecting this postholing to be absolutely strenuous. It's no wonder the Donner Party ate each other. 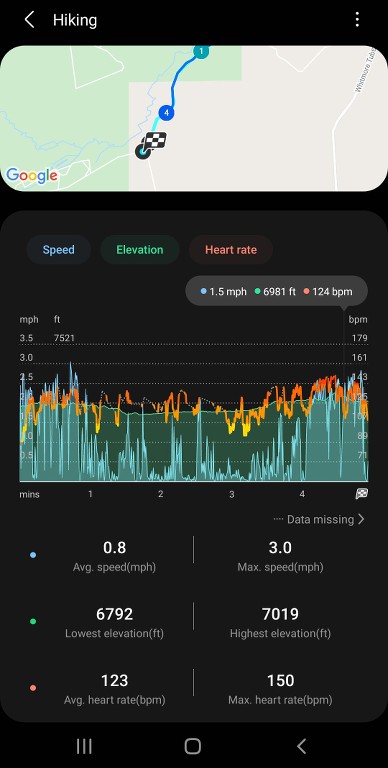 But, as in anything, the hard work reaped the rewards.

The rest of the trip was spent enjoying what the Eastern Sierras has to offer, and those that know should consider themselves lucky.

It was a great weekend trip. I think I may have found my backpacking buddy for 2021. Anybody that can posthole 10 miles in 2 days is what I call, "Down for whatever." She summited Whitney 2 years ago, and knows her way around a campsite.

It was a quiet ride back to Los Angeles, mostly because both of us were exhausted, and had just spent the past 3 days in the most beautiful of places. Sometimes you have to be silent in order for all of it to sink in.
F

Great pictures great write up. I’ve been debating which way to go to on my way to the Trinity River for a couple days of my first time targeting steelhead. I think I just decided.

That was really great!

Thank you for taking the time to show all of the sights you took in and writing things up so people like me knew what and where we were seeing. I hope you have a good year down there.

FlyTierant said:
Great pictures great write up. I’ve been debating which way to go to on my way to the Trinity River for a couple days of my first time targeting steelhead. I think I just decided.
Click to expand...

The east side of the Sierras tends to be overlooked, simply because of the granite cathedrals and amazing valleys that the west side is known for. But I've found some great fishing and even better views, since the granite jettisons from the ground faster than it does on the more gently sloping west side. There is great fishing all throughout the 395, all the way up to the Tahoe area. I'm sure you'll find it good for you on your way up to the Trinity.


Ard said:
That was really great!

Thank you for taking the time to show all of the sights you took in and writing things up so people like me knew what and where we were seeing. I hope you have a good year down there.
Click to expand...

One of my favorite local areas took a hit due to the raging fires of last season. I believe the entire area has officially been closed to recreation for the entire year, so there goes that. There are still a few blue lines here and there that remain viable, and hopefully they don't receive the extra pressure of anglers who no longer can fish the local forest.

One of my favorite areas in the Sierras (The Kern River watershed) took a HUGE hit with a raging fire, and from other anglers who have a bit more knowledge on what the side effects of the fire could be, are saying that it's going to be a rough year or few years of stream degradation from all the burnt vegetation, and they are worried about all the soot being sent into the tributaries and the main stem of the Kern, and what it could cause for the fishery.

We did get a good snow fall this weekend, but are still running low of our normal average. We are hoping that our Sierras continue to get snow, but we are all holding our breath.

I've actually picked up my saltwater stamp for my 2021 fishing license this year, for the first time in a decade. So, I may be stepping into the surf for the first time in a long time, to see what this big ole lake called the Pacific Ocean has to offer.
You must log in or register to reply here.
Share:
Facebook Twitter Reddit Pinterest Tumblr WhatsApp Email Link
Top