In 1990 I cast a IMX 8ft #4 at a fly fishing show here in The Netherlands and I was floored. It was like nothing I’ve cast before. Obviously I bought the rod even though as a college student my funds were limited.

Fast forward 2013 and I ran into an IMX 9ft #4 four piece blank! I got it custom built and it has been my favorite long 4 weight ever since. The delicate tip allows for off the tip casting with barely 4-6 ft of line yet delivers a hopper dropper like there’s no tomorrow. 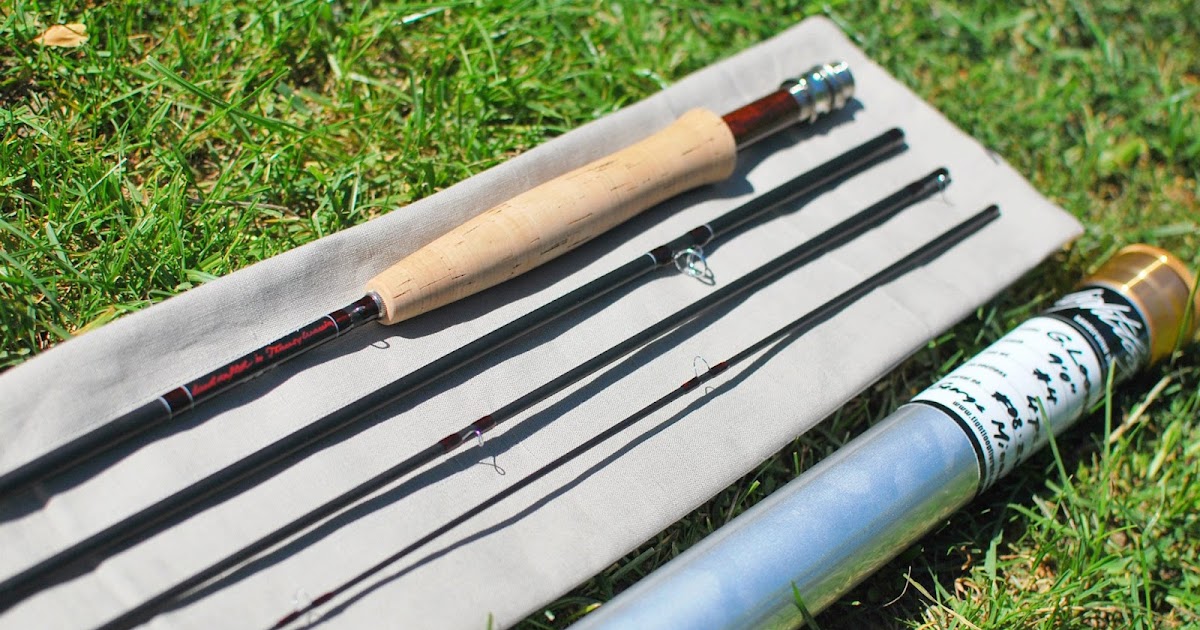 Lewis Chessman said:
Cheers, Joe, that's great to get the bigger picture. I don't know when G. Loomis discontinued the Premier range but can tell you that they introduced a later '96% Graphite' rod in 1992 - the GL1, though how similar that and yours would cast is beyond my ken. The actual cloth and resins involved would probably differ between the two as the old materials became obsolete, the rolling machinery probably improved, though the tapers may have remained the same.

Sorry to hear about your old Fenwick - If an HMG was it slate grey (1st gen) or 'Chameleon Brown' (2nd gen)? The good news is that setting a search for a replacement on eBayUS will probably find you a replacement pretty quickly if you fancy keeping one in your armoury, and not at silly money, either. I picked up a customised 9 ft #5 1st gen for under $30 in the UK several years ago - though I didn't know that's what it was back then!

I'm not an impatient kinda guy and look forward to your view of the Premier whenever you find the time, more so as you'll be able to compare it to the Fenwick.
I did wonder about the rod bag, good to know you have the whole outfit. Hell, you've probably got the receipt there somewhere, too.
Click to expand...

Lewis, The Fenwick I had was the 'Chameleon Brown' (if my memory survived the past 40 odd years in decent shape I believe the model designation was GFF 905; and, yes, I may very well have the receipt stashed in a file cabinet somewhere) and the personal attachment for me was that I built it. I enjoy fond memories with it, but don't need to replace it. If a new blank fell into my hands I would certainly enjoy recreating the rod, but I have a fair selection of rods to choose from at this time as well as three blanks that currently need decorating/assembly so they can be used. I think I may enjoy the rod assembly and fly tying process as much as the fishing. It is all good. Additional detail on the GL rod sock is it is plain with no designations or corporate identifiers on it. I am certain it is original to the outfit.
M

Hello,
Sorry to pull up an old thread but I found this information very informative and interesting. Back in the late 80s and early 90s, while in college, I worked at a fishing and Fly fishing pro shop in Minneapolis Thorne Bros and Fly Angler. With that experience came the benefits of being connected to various manufacturers and more importantly access to early release products. In 1993 I received a spiff rod of sorts from G. Loomis, it was a Loomis GLX FR1088 2 piece fly rod. I think I used the rod 3-4 times within a month of getting it, I landed one 44" musky on it, several bass and a fair number of Mississippi River carp.

Last week, while moving some things, I stumbled on the rod, a fishing rod Barn find in my own house. I also found the G. Loomis Fly reel that came with it. The rod is an original USA Made Loomis and is in pristine condition. Brought back some great memories of my time in the fishing industry, in fact I once fished along some of the all time greats on the south fork of the Umpqua river with the Umpqua fly fishing promotional team.

Anyway, I will likely never use this rod again, seems a shame to let it sit in a closet. I will have to decide if I want to sell it or hang it on a wall.

Hi, MNAngler and welcome to the forum! I'm delighted you've enjoyed the thread, old or not.
Age isn't necessarily a bad thing - both with threads and rods.
Your GLX is still a highly desirable rod. I recently watch one go through eBayUK, a GLX Distance 10 ft #7, which reached £575 + £20 p&p!
That's $838.50 in your money!
The 9 ft #8 wouldn't be as desirable here in the UK but I've no doubt there are some who would bite your arm off in the States for that rod. Possible market value around $300 if in good condition with original bag and tube. So, if you intend to sell I guess you should ask yourself whether you can buy a better, more suitable new rod for that sort of money. Possibly not and I'd certainly encourage you to give it a flick for old times' sake before moving on or decorating a wall with it.

I'm sure many of us would enjoy reading about your time with the Umpqua fly fishing promotional team so if you decide to stick around with the motely crew on this forum please consider sharing your favourite stories with us.

I was also digging through old stuff recently and found my 6wt GL rod I built from a blank. Maybe 1985 or 86 and I think it’s an IM6. Never put the sticker on it. It’s missing a guide and was in my ‘batch of rods I need to fix’ case. 9’ 2pc rod. I need to get on it. Still have the threads I made it with so my only excuse is laziness.
W

Just received this today. I have a similar rod in a 9ft 8wt. 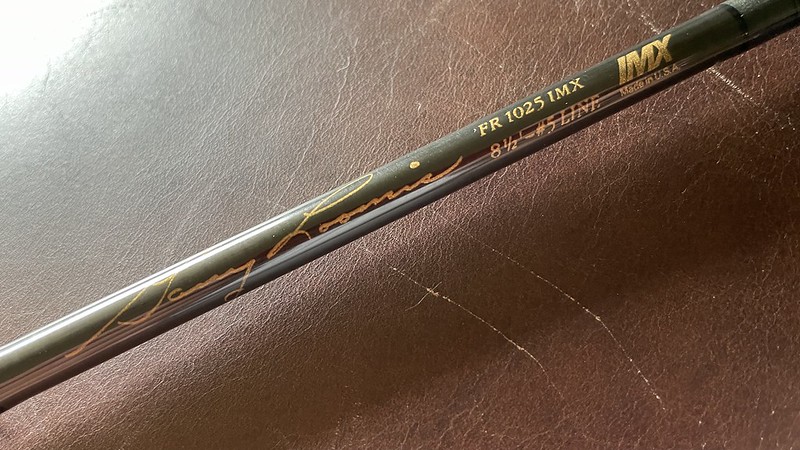 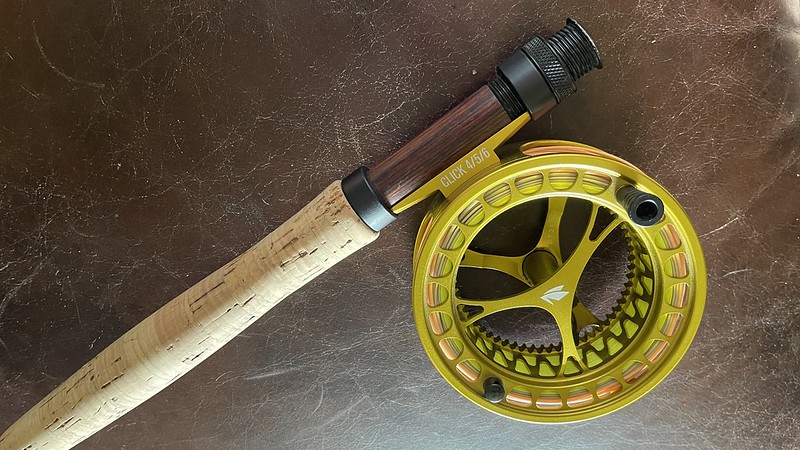 Question is—do I use it? Oh, oddly the guides are all lined up slightly to the left .

If it suits you, if you like it, yes of course, fish it!
Looks like a very tidy, little used rod. Congrats.