My primary fishing buddy has gone almost all Tenkara (using the term loosely). He hipped me to a series of rods made by somebody called Goture, listed on Amazon as carp rods.

He got the 24 foot model and was initially enthusiastic. I decided to be a little less ambitious and go with 18 feet. For about $40 bucks I thought it worth the gamble.

It arrived today, with extra sections for the top three. I stuck a 16 foot furled line on it, with about four feet of tipper, and a size 8 wooly, for the initial test drive in the driveway.

It's long, and it's stiff, and it's heavy...and it turns the biggish fly over, no sweat.

I will test it for real this evening on a lake. Will advise.
L

You are going to have a blast with carp on it! I have a similar sized rod from another chinese company.
P

I broke it in yesterday, catching a perch, bluegill, largemouth and pickerel, in that order.

Pros: The extra length is handy, no question. The rod is sensitive to strikes and bumps. It handles heavy flies and larger fish.

Cons: It's heavy. I found myself either choking up on it, a la baseball bat, or casting with two hands.

The rod stretches out to infinity.
The handle features a cryptic bit of text.
Here's the killer perch that was the first thing caught on the rod. Look at the teeth on that thing. It'll tear you apart soon as look at you. Terrifying.
And a look at the handle. Cork would make it more difficult to handle, I think. 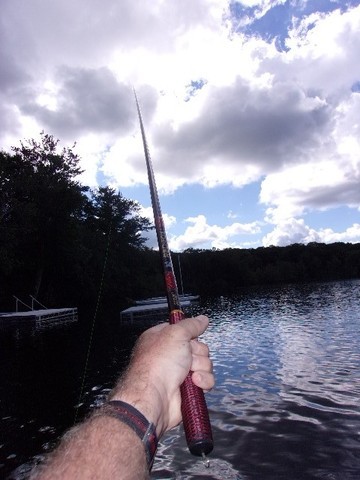 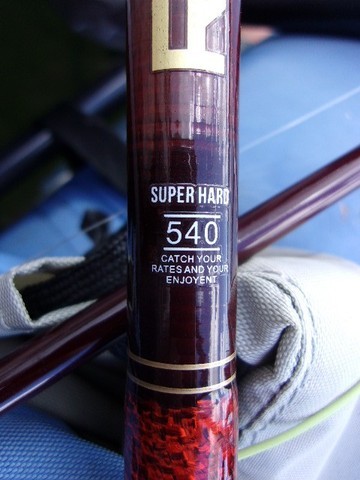 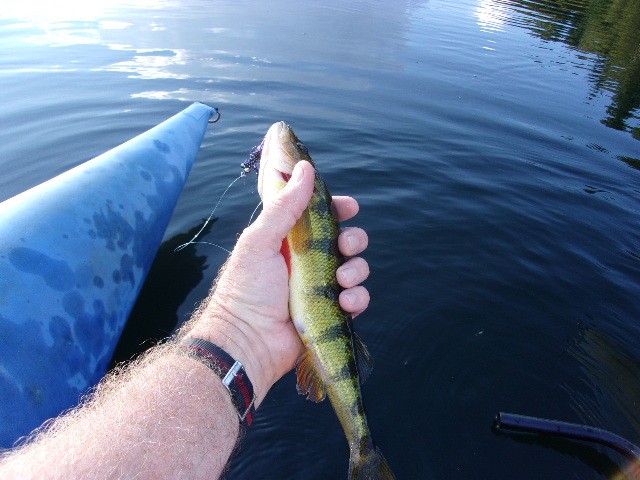 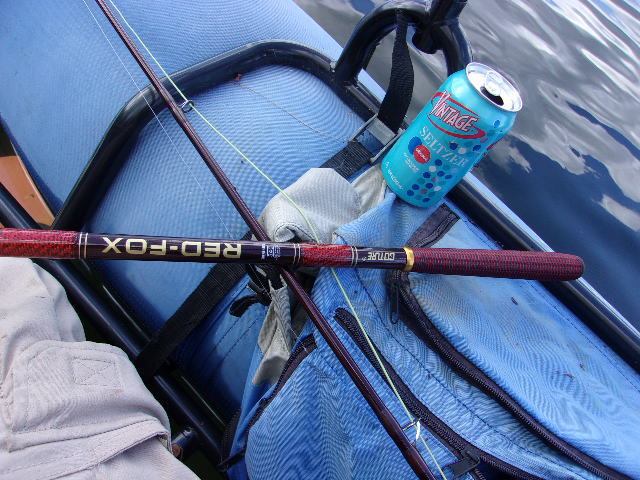 I use this chinese fixed line pole. The 3.6m version is great for trout nymphing in most rivers. I used the 2.7m version for small mountain streams. And the 5.4m version for carp. They have not broken on me yet. For carp, I use 8lb line and fight the fish very aggressively. I.e. turn the fish's head left and right as soon as it hooks up to keep it from running straight out, and use the full bend of the rod to control the fish.
Y

patrick62 said:
Pros: The extra length is handy, no question. The rod is sensitive to strikes and bumps. It handles heavy flies and larger fish.
Click to expand...

Another Pro: Just looked it up, and wow that is a bargain. I've paid more for a handful of flies than I will for that entire rod. Gonna give it a try - - hard to go wrong at that price.
P

I bought a couple more of these cheap rods, just for hell of it. ANother Red Fox, 11 feet and change, similar to the 18 foot model mentioned above, and a different line called Hard something, same company, that is 15 feet and a bit.

The latter is a heavy stick. Tenkara spey anyone? I hoiked some decent smallies out of the Housatonic at the big pool under the main falls with the thing.

Cons: Heavy and when collapsed it's about two and a half feet long, which doesn't fit in the standard fishing backpack arrangement.

The Red Fox is a more familiar configuration. I worked it out on innumerable small smallies and panfish right by the Amesville bridge on the Housatonic one evening.

Pros: An unexceptional, fairly stiff rod capable of tossing just about anything and handling vigorous smallmouth up to 14 inches, anyway. I used a furled line and 4x tippet, could have gone heavier.

Neither rod has a cork grip.

Why do I mention these things at all, as they are the Tenkara equivalent of an Eagle Claw fly rod? Just as with the latter, if you can learn to fish with a cheap rod, when you upgrade to a decent one it will be like going from the 1997 Honda Accord you bought for a dollar from your stoned cousin to a 2010 Subaru with only 40,000 miles on it.

patrick62 said:
Cons: It's heavy. I found myself either choking up on it, a la baseball bat, or casting with two hands.
Click to expand...

I finally got around to trying out my 18 foot Goture. I paired it with a 12' furled leader, 6' of tippet, and a BWO dry fly, with the intent of "dapping" it near the opposite bank, avoiding the current drag at the center of the river.

Unfortunately, I am not used to such a long and club-like rod. The slightest movement at my end would fling the dry fly about 5' away from where I wanted. I was completely out of control.

My guess is this will make a better tight-line nymph rig than a dry-fly rig.
P