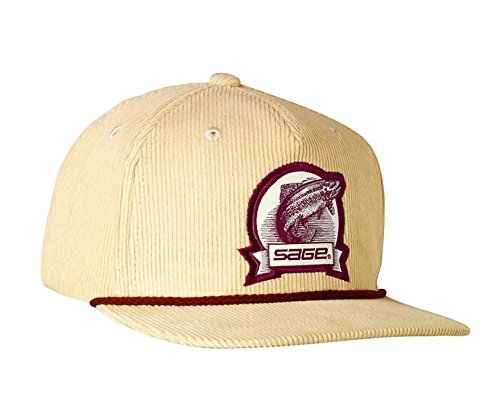 My entries sadly no longer exist.

Hat one — Henry’s Fork Anglers, medium blue, Circa mid-80’s. It was the original lucky hat. Either because it smelled bad and was nasty looking or because people were jealous of its fish catching properties, my buddies burned my hat one evening while we sitting around a campfire on the Hiwassee River in Tennessee. Alcohol may have been involved. A true tragedy. It took years for me to overcome the loss.

Hat Two — Mountain View Sports, green with a tan bill. I found this hat partially buried on a sand bar on the Goodnews River hundreds of miles from Anchorage. I took it home, bleached it, and proudly wore it all season. The next year on the same river, I lost the hat one morning. The next day, and some 10 miles down river, I saw the hat floating by the raft. How could such a hat not be “the” lucky hat? I wore it for years, until it too mysteriously disappeared while on a float trip. No one came forward, and the circumstances of its disappearance remain an unsolved mystery.
H

Although it should be navy, this Trout Savers may give away my basketball allegiance 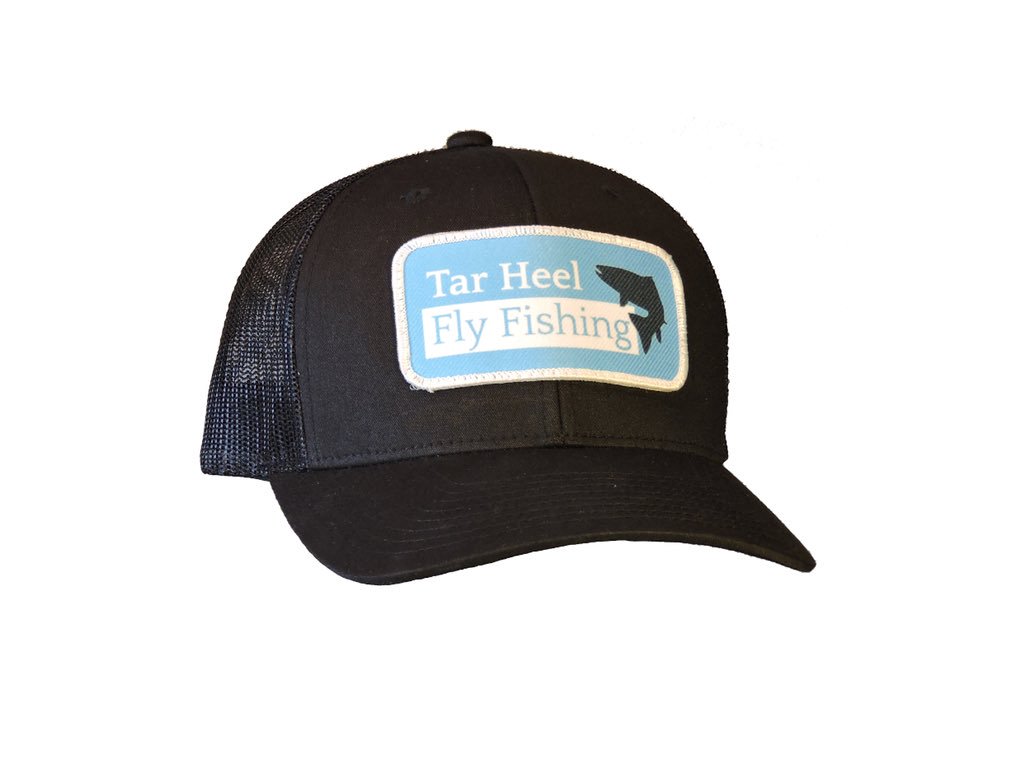 I still have the Donegal Tweed made by David Hanna & Son and wear it occasionally. The picture is from 1995 I think.

It was a great rainy day hat.

Those pictures are from the 20th century before I repented, I no longer hold fish out of water, that salmon was dead though.

My 'Official Bonefish Hat' That's the only thing I wear it for. My lucky hat, several years old, wife tried to throw it away. Believe it or not at one time it was blue

Not sure why but when I uploaded it the picture turned sideways?
R

tcorfey said:
My lucky hat, several years old, wife tried to throw it away. Believe it or not at one time it was blue

Not sure why but when I uploaded it the picture turned sideways?
Click to expand...

Now that, sir, is a proper fishing cap!

Need a wide brim to protect my ears from burning, if you think Prince Charles has stick out ears, well then I must look like a wingnut.
it has been washed, I wouldn't have shown it otherwise, it was filthy.

Good thread, thanks hollised. I regard the fish hat as equipment. Not only do I favor a long bill to keep the sun off my nose but off the lenses of my polarized shades too. Minimal reflected light of the sunglasses is crucial to utilizing the filtered light that passes through them for maximum visual acuity. Here is a core group of my freshwater trout hats which includes both cotton and Nylon material construction. All the underbills are dark to reduce reflectivity. One has a fixed neck flap, another couple have Velcro removable ones. I have a separate set for saltwater.

Something that is eluding me, and if you know of a resource please inform me, is I'd like an up-and-downer as popularized by Lefty and Mark Sosin but with a long 4 1/2" bill. They used to exist but now I can't find one, even on-line. My fixed flap hat has a neck flap that is long and soft; it blows about in the wind and I want a stiffer, shorter one.
R

Need a wide brim to protect my ears from burning, if you think Prince Charles has stick out ears, well then I must look like a wingnut.
it has been washed, I wouldn't have shown it otherwise, it was filthy.
Click to expand...

Finally retired this one after many fun times. Hangs on my fly tying wall. 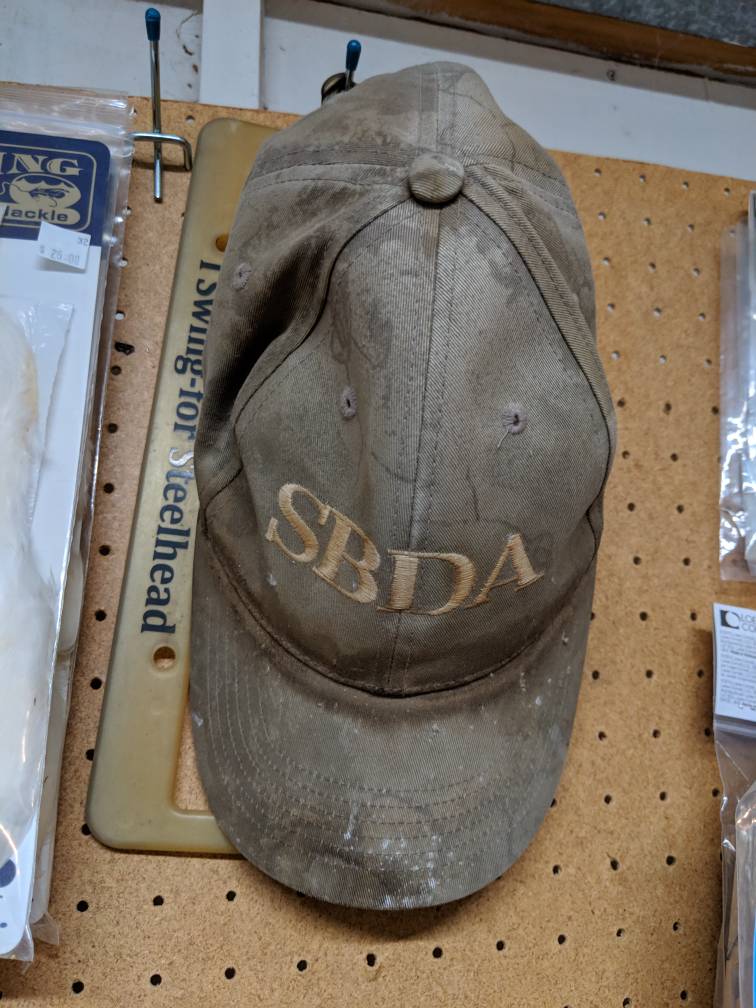 Looking at your fly tying storage wall made me thing about my own fly tying room plans. I’m thinking of building a couple of movable peg board wall panels for all my stuff. I keep everything in plastic boxes. It would be great to actually see what I have at a glance instead of digging through box after box.

Nice cap. Lot of good memories associated with getting a cap to look like yours.
B

Redrock said:
Oh no! I hope you didn’t wash all the “luck” out of it!
Click to expand...

Washed the yuck out of it not the luck out of it, besides I've friendly with the Elder witch she can always make me some more luck.
D

I just counted my Caps and I'm down to a dozen.They include Simms,Scott etc.etc.
Basically they just deteriorate from the salt,and I suppose it doesn't help that I wet them and put them back on a few times a day.I got more life out of some by fibreglassing the bib back together so the cap resembles Oddjobs from the 007 movie.I'm not a fan of the long billed caps as they can restrict your view of the backcast.Ditto that up-down thing of Leftys as there's no neck sun protection at all.Anyone fishing outdoors these days should be wearing a Buff. 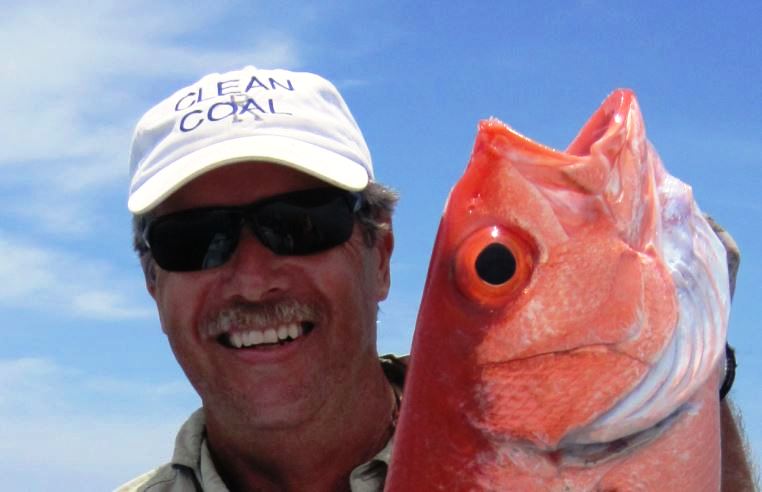 I have hats that I have been given that say rod company names emblazoned across them. I'll wear them walking the dog but not when angling as that could be construed as an endorsement. I would require financial compensation to wear those hats.

I DO wash my hats. After any extended outing my rods and hats come into the shower with me receiving a soap and warm water treatment particularly around the rods guides and hats sweat bands that can get almost gummy with sweat and sunscreen. If the cork is funky I use Softscrub on it. Sweat stains do not wash out of hats but salt and sunscreen do.

To my awareness, I've not endured any misfortune due to fishing with clean rod, reel, line and hat and, dynaflow, I would not know about bill restrictions to viewing my back cast as when presenting I never take my eyes off the fish and it is then that the long bill is a vision enhancer.

Need a wide brim to protect my ears from burning, if you think Prince Charles has stick out ears, well then I must look like a wingnut.
it has been washed, I wouldn't have shown it otherwise, it was filthy.
Click to expand...