i live in california,, how do you wade in ' gator ' country?

always wondered about that, thanks for any answer

My first encounter with Old Betty was frightful and invigorating. 12’ gal who liked to take your juvenile tarpon off the hook for you.
O

You are safer wading in rural southeast than telling locals you are from California.

Our trip last year to Australia found us fishing for a week in the Northern Territory for Barramundi. One thing you learn very quickly is: There is no wading in SW Croc country and you don’t even stick your hand in the water to retrieve a fish. That said, on our Helifish trip 90 miles SW of Darwin, our pilot and guide—Baz—told us to watch out for crocs even when on dry (or relatively dry) land. Everywhere we landed we first circled the area a few times to survey for crocs. Even then Baz told us that if we encountered one while fishing, just poke it in the nose with your rod to fend them off.

Although they could be seen everywhere from the air, we never encountered one close up.

A story of a gator attack in Port O’Connor Texas. Gator attacks are about as rare or rarer that shark encounters. Where I wade and kayak, sharks are more of a concern than gators by a long shot. But, there are a few areas known for unwelcome gator encounters. Port O’Connor is one place. 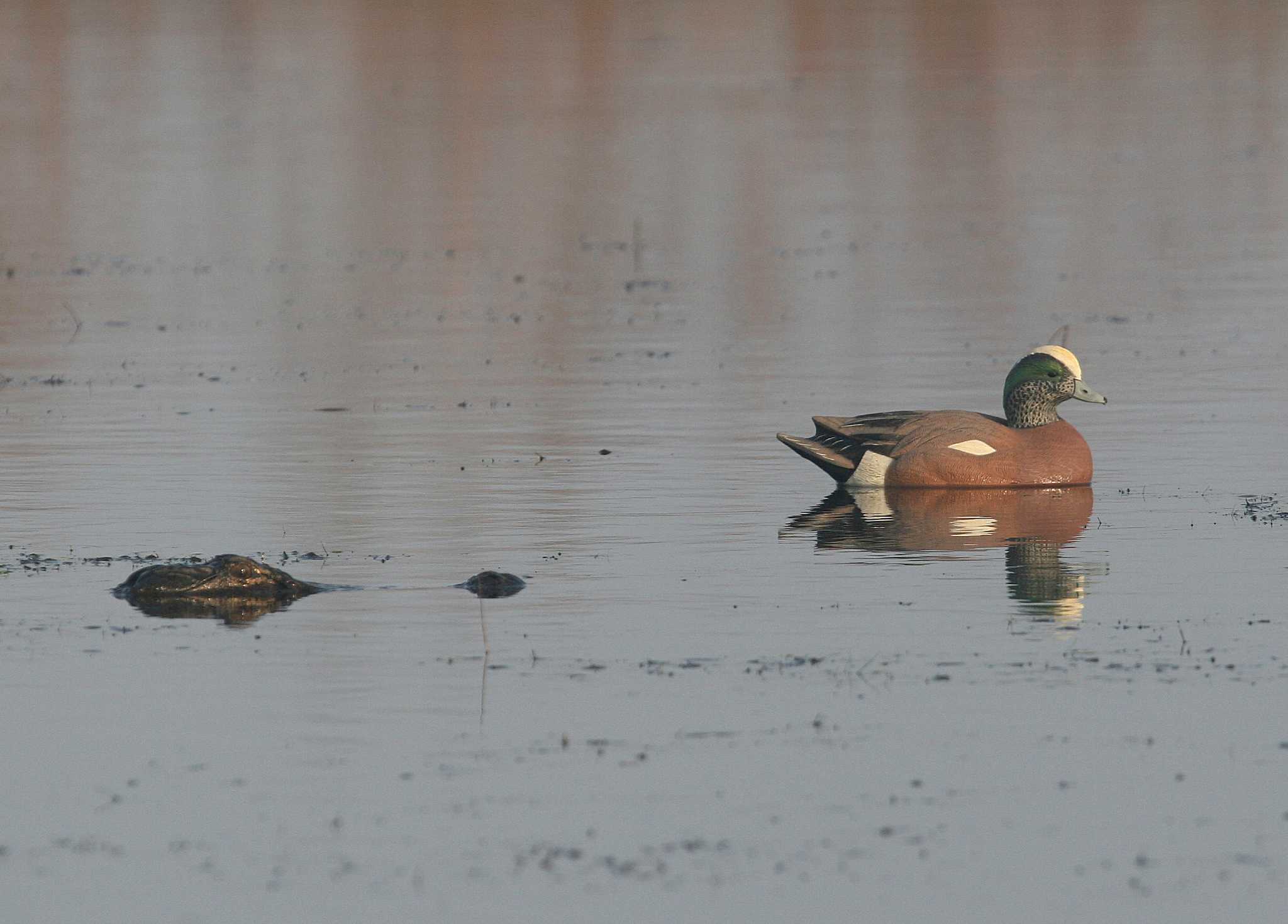 alfaromeo said:
always wondered about that, thanks for any answer
Click to expand...

Be prepared to change your name to "Lefty".
O

Driving an alpha romeo with California plates down an Alabama clay dirt road. What could go wrong?!

I have been duck hunting and wade fishing in the coastal areas of Texas most of my life. In the 40 plus years of wade fishing, I have only seen 2 gator in the actual bay; in the marshes is a different story, and some of our southern lakes and river have some very large gators. We have learned what areas hold gators and access the risk before wade fishing that area. Gator attacks are very rare, but you need to be careful. I will not duck hunt with a dog in an area that is known to hold gators. While fishing from a boat, I have had gator come at the boat numerous times, but this is usually a territorial response from the gator, but I would like being in a kayak in that situation.

When I was young and stupid we use to Teal hunt in September in an area where if you dropped a Teal, it was a race to see who would get there first, you or the gator (these gators were fairly small).

A few years ago, we had very heavy rains that flooded the bay systems in SE Texas and made the beach front water around the passes brackish. A 5' to 7' was seen swimming in the surf near Freeport for a few days.

And finally, the last time I heard of a gator attack (possible) was in the area just above Sabine Lake (not really a lake, but a bay). It involved 3 very drunk people at 2 am, 1 of which decided to go swimming off of a pier. The swimmer's remains were found a day or two later. Game Wardens shot a large gator in the area. BTW, the was a sign posted near by warning people not to swim in the area because of gators.

okaloosa said:
Driving an alpha romeo with California plates down an Alabama clay dirt road. What could go wrong?!

okaloosa said:
Driving an alpha romeo with California plates down an Alabama clay dirt road. What could go wrong?!

please correct your spelling... it's ' alfa romeo '... and could you please tell whats wrong about living in california? we have ' hat creek. hot creek, upper sacramento, pit river.. feather, yuba, american, truckee, carson, walker owens rivers. i can keep going if you like,, wonderful beaches, and mountains... nice lakes to fish in, rivers,, catch shad, salmon, strippers, etc... good fishing weather year around.. so, california is all that bad,, you dont have to fish here..not being rude,, but....
Last edited: Mar 25, 2021

Yeah, Make sure you take that attitude with you, too.
A

JoJer said:
Yeah, Make sure you take that attitude with you, too.
Click to expand...

please check you facts.. it is spelled.. 'Alfa Romeo ' not an attitude.. just stating a fact

I don't see anything rong with that.

My buddy’s golf partner got attacked on the golf course. Right around that is when the baby got snatched from the shore at Disney. I have been popped at a few times, I really don’t like being predatorized by any animal. I have had to knock a couple on the noggen, momma gets really angry when I don’t just give up my fishing spot to them. I hunt in Grizzly country and fish with sharks, crocs and gators. Don’t like it but I rarely if ever feel threatened, I am a pretty good shot. The rattlers i encounter fishing scare me the most.

There are folks around here who wade in the swamps & marshes while hunting, and some while fishing particularly on the coastal marshes. Gators exist in these places, but hunting seasons are generally during colder times when they would be least active. They're not usually out in the open marshes where folks might wade to fish, since those areas also have a good bit of boat traffic.

There are places here that I wouldn't wade, but at my age, I wouldn't take the chance anyway. I was told to beware if I went into the area below the dam for example. The only access to a large part of that area is only by water, and the fellow who told me about it said there are some big gators in there.

Sometimes we hear of gators taking fish from anglers or getting hooked on lures, but for the most part, they're smaller ones. The bigger ones generally stay back deep in the swamps and rivers and come out at night. When we first moved here there was a article in a local magazine that was about a study by the DNR to count the gators, and that was mostly done at night.

However, anyone who would take the risk, and think it can't happen to them, is a fool. They do grab pets, they come up onto lake front properties, and sometimes we hear about that in the news. They have no fear of anyone, and that's what makes them dangerous.

I've seen a few small ones, 6' or less, and where they exist, so do the big ones. Not far from where I live a hunter killed one last year that was around 13' long and I think about 900 lbs if I recall correctly. That's big enough to eat most people.

The main thing is to be aware that they're here, and chances are you'll never have any issue, but if you're foolish, that's when it's possible for folks to get hurt . Right across the street from my house, my neighbor there lives on the lake and has told me he's seen then in the 10'-12' length range around his pier, so anything is possible.

Alfaromeo, my oldest son lives in Danville, Nice area, but a bit too expensive for my taste.
2

Alfa,
what flies do you use on “strippers”?

2bornot2b said:
Alfa,
what flies do you use on “strippers”?
Click to expand...