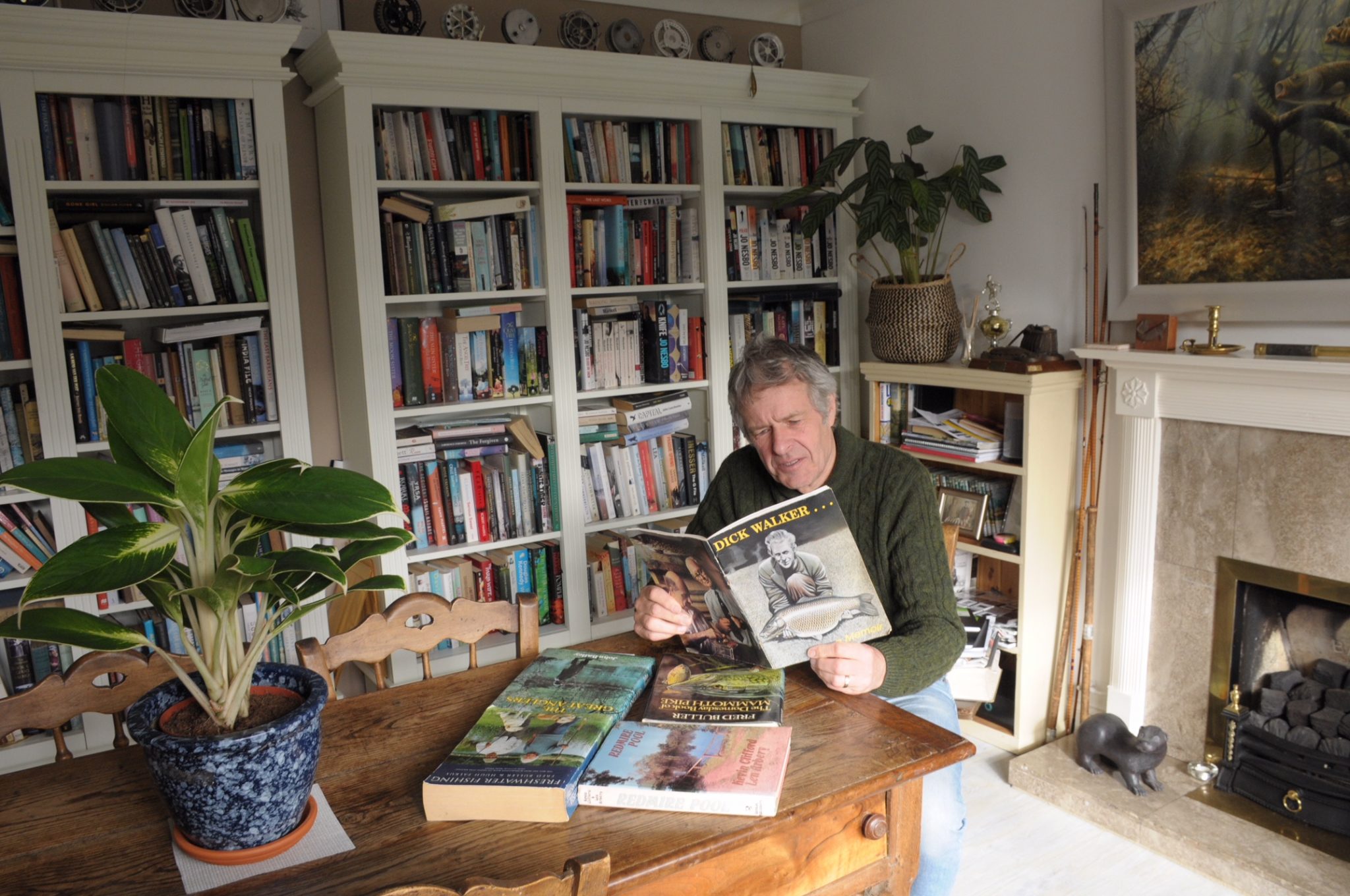 So here we are again in the midst of Covid Crisis and all we can do here at Fish and Fly is hopefully provide a bit of entertainment to help you through yet another lockdown. My part? Well, I really do feel it is a privilege to think there are folks out there willing to read my ramblings, and what I have done is to trawl through endless conversations to come up with topics that might entertain, amuse or instruct. In my guiding life, I do get endless questions thrown at me, not all to do with why we are not catching fish! One of the big ones that reoccurs repeatedly is all about the great anglers I have fished with. I guess I am well placed to answer this one, or at least come up with suggestions: I have built my life around fishing and that means inevitably I have fished alongside thousands of anglers, one way or another. I also travelled intensively between 1989 and 2014, and that introduced me to a whole raft of new ideas and new approaches practised by remarkable anglers I would never have heard of otherwise. I even wrote a book entitled The Great Anglers back in the Nineties and that alone led me to meet scores of “names” from the last century. So where does all that get us? 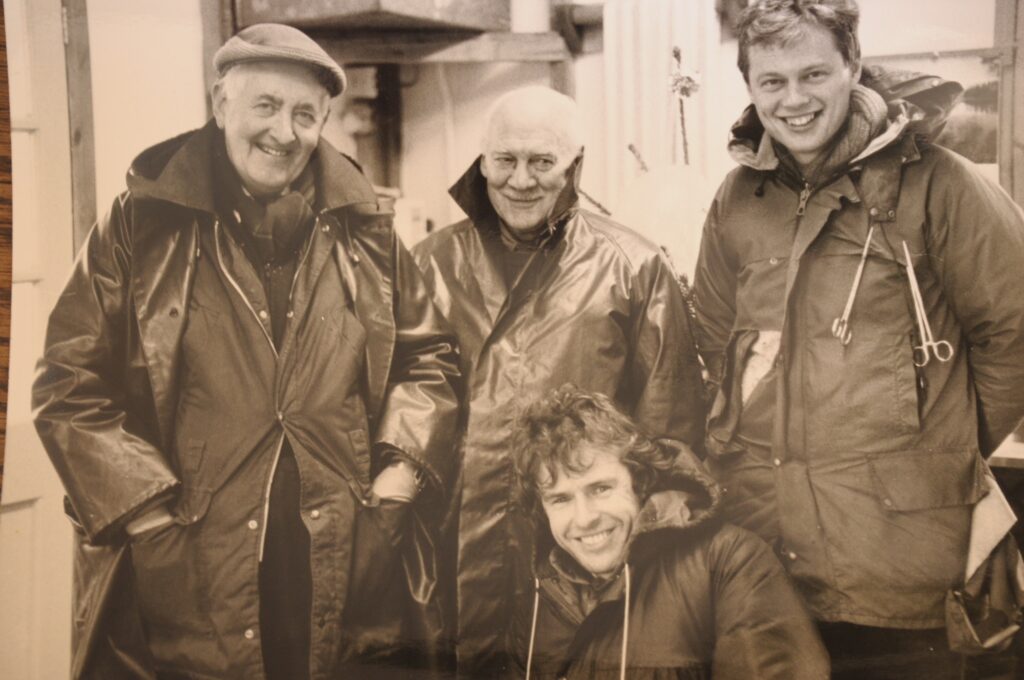 A young John Bailey with Broadland pike heroes Reg Sandys,
top left, and Bill Giles, next to him

I’m going to be completely honest in all these Covid Crisis pieces and tell you exactly what I think, not always what you might expect to hear. First, I can only talk about potential great anglers I have seen in action. That’s because I don’t have the least idea how “great” past heroes actually were. Were the Trent Otter, Halford or Skues really any good or did they write a good game? I ask this because I have fished with several “names” who really were rubbish, in my eyes at least. A good example would be when I joined the Norfolk Flyfishers forty years ago and pike fished in the winter with some of the older members who had been true Broadland Heroes to me in my childhood. They were nearly all of them lovely men and I remember them dearly, but as anglers, predator anglers anyway, they were desperately limited in their abilities. They caught huge fish in numbers post-war but that had to be because the Broads then were thick with twenties, thirties, and even forties. It made me realise that many a great angler’s reputation has been built on nothing more than being in the right place at the right time, nothing more, nothing less. If an angler locates monsters, fishes for them endlessly with stereotyped methods and baits until success comes along, does that make the angler “great” or simply dogged? When we see reports of monsters, we should always bear that important distinction in mind perhaps? 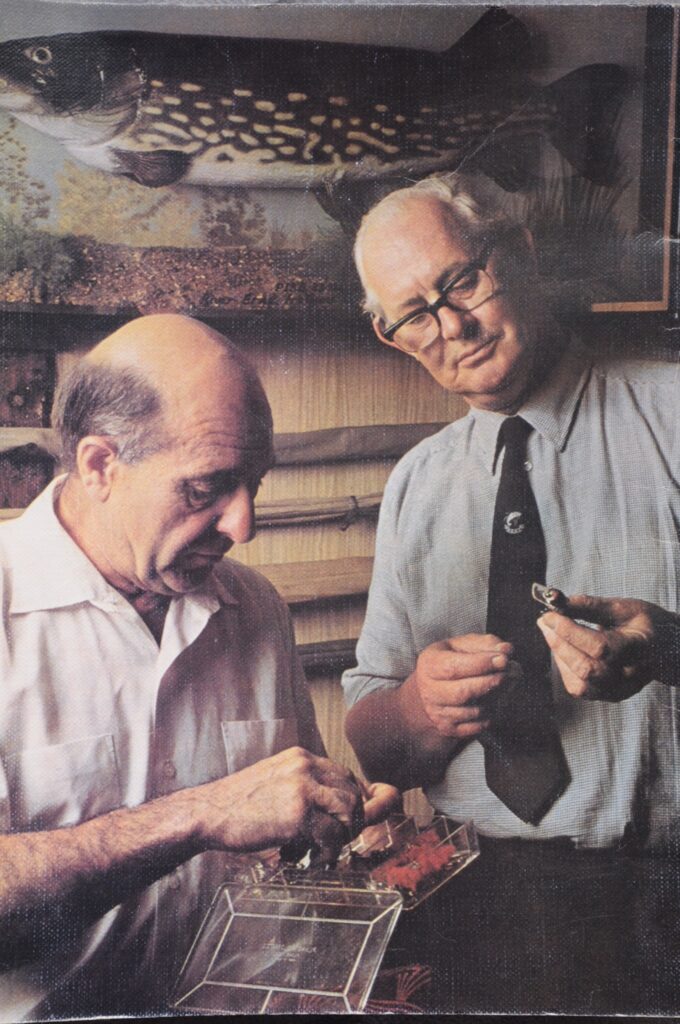 Second, I make no distinction between “great” game anglers and “great” coarse anglers. In my eyes, a great angler is just that, whatever the discipline. I don’t know a whole lot about match or sea angling but I include them as well. “Greatness” is something that stands out, if and when you are lucky enough to witness it. I have seen carp, trout, tench, bass and salmon anglers who have taken my breath away equally. 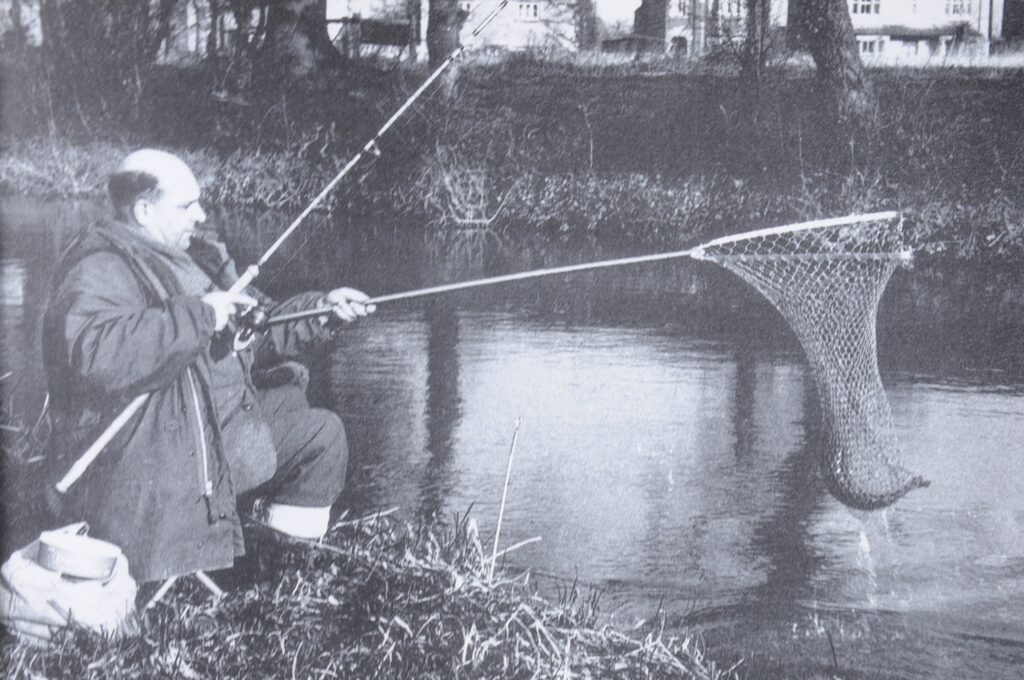 Thirdly, there is a tendency in angling to dismiss or at least question greatness. Much of angling is done individually, without the spotlight of publicity or attention… though this is less so in social media days. It can be easy to underestimate any angler’s abilities by saying his or her successes are built solely on the time they can devote, on the waters they can fish, or the money they can throw at their fishing. True. I have already said as much. But from what I have seen over sixty years there are great anglers in the same way there are great soccer players, cricketers or tennis stars. Fishing is a sport and as such, there are those bad at it, average at it and brilliant at it. 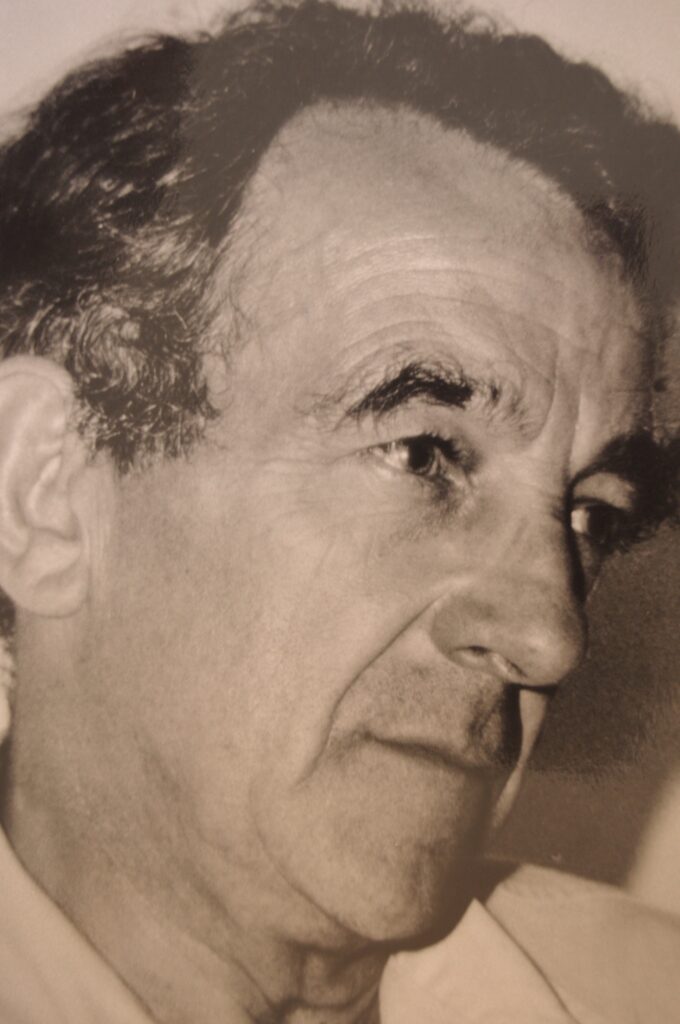 Fourthly, I’m not wholly convinced that “greatness” should purely be about skill with the rod. Perhaps an angler’s overall impact should play a role? For example, I have seen the late great Fred Buller fish. He was a solid angler I’d say rather than being outrageously gifted, yet he changed the landscape of angling hugely. He did this in part because he was a lovely, captivating man, but also because he had great intelligence and an insatiable appetite for angling knowledge. His books changed the face of pike and salmon fishing and that surely qualifies his position in any hall of fame? 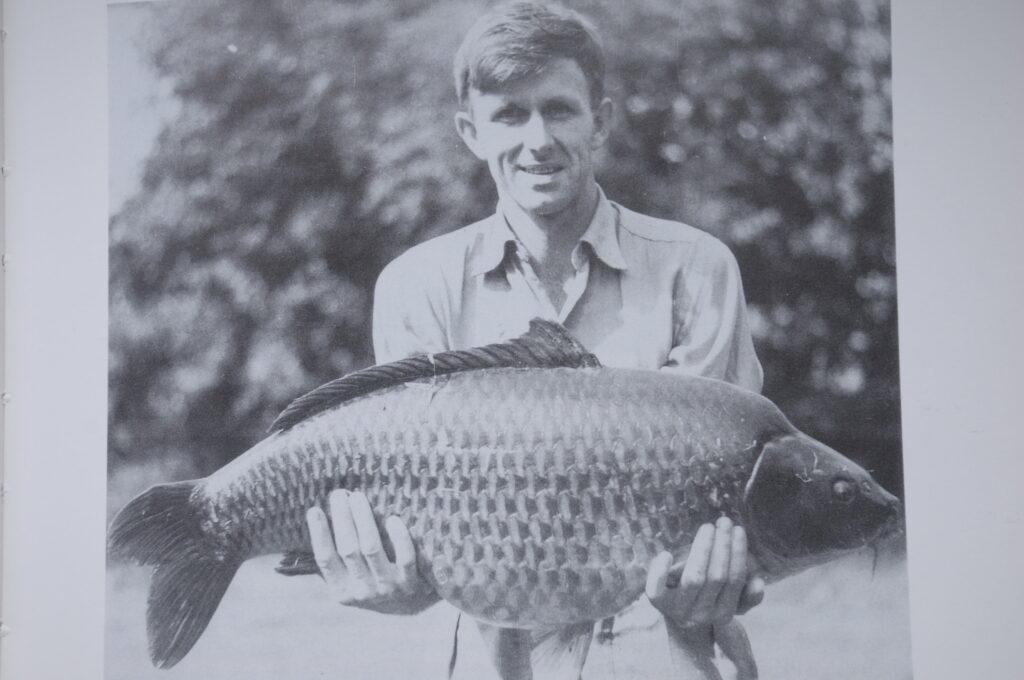 Fifthly, “greatness” is subjective and very much in the eye of the beholder. For example, I have been fortunate to watch both Chris Yates and Rod Hutchinson fish for carp. Both are considered “great” of course but their deserved “greatness” rests on very different foundations. Chris was casual about tackle and bait but electrifying when it came to watercraft. Rod was no slouch in that department either, but put far more of his energy into the gear, approaches and baits used. If I had to vote for one, I’d go for Yates but many more would plump for Hutchy with equal validity. “Greatness” in angling will always have to be measured by varying and personal yardsticks. 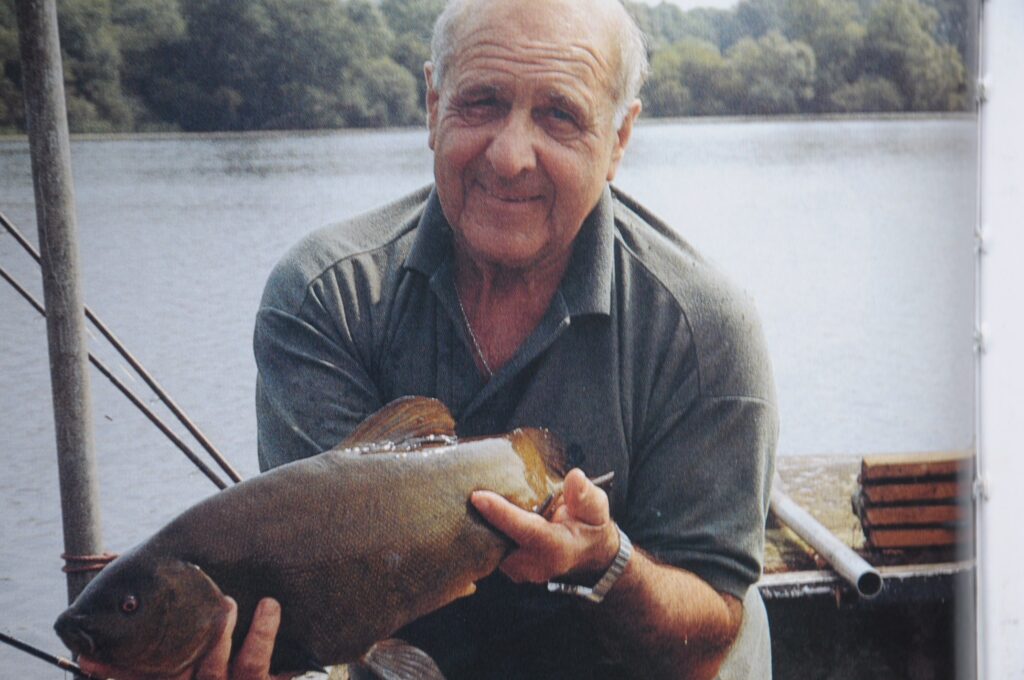 So, at last you say, what are my personal yardsticks? I love anglers who show fluidity in their movements, who fish intuitively, who tear up rule books, who read the water, who put watercraft and fish behaviour first, and tackle and bait second. For me, “great” anglers have a confidence born of knowledge, skill, experience, practise and assurance. They fish in a tight, untroubled, unhurried way. They catch fish mere mortals like me either consider uncatchable or did not know were there in the first place. Having said all that, I guess I have to name names? 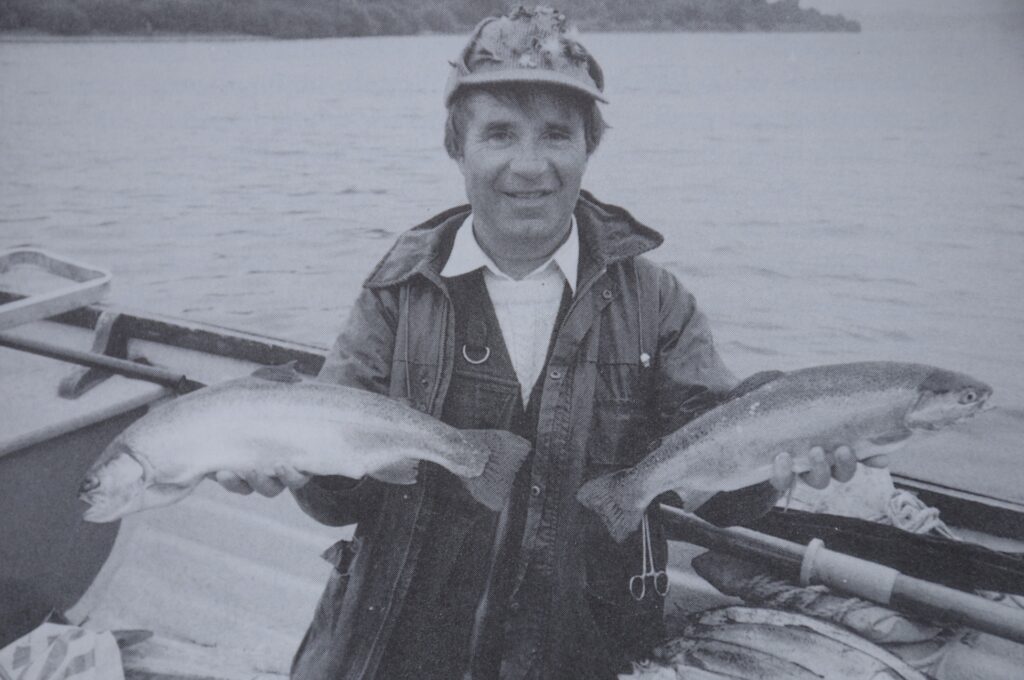 I’d nominate Bob James or John Wilson to fish for my life. Both have shown me their extraordinary genius to catch fish any which way, whatever the conditions, whatever the impossibilities of the situation. Equally, I’d vote Howard Croston, Paul Procter and Bob Church as master fly anglers with an unequalled greatness at putting trout on the bank. Mind you, I’d personally rather watch Stuart Crofts or Jeremy Lucas at work, because they show me that sublime ability to meld with the river and read what all the signs are telling them. They are elegance in motion, much like my vision of Hugh Falkus when I fished with him for sea trout in the later years of his life. Hugh’s relationship with a sea trout river at night I would describe more as poetry in motion than simple elegance. It was like being with an owl, or a heron, or some supernatural being. Yes, he was that, blindingly good. 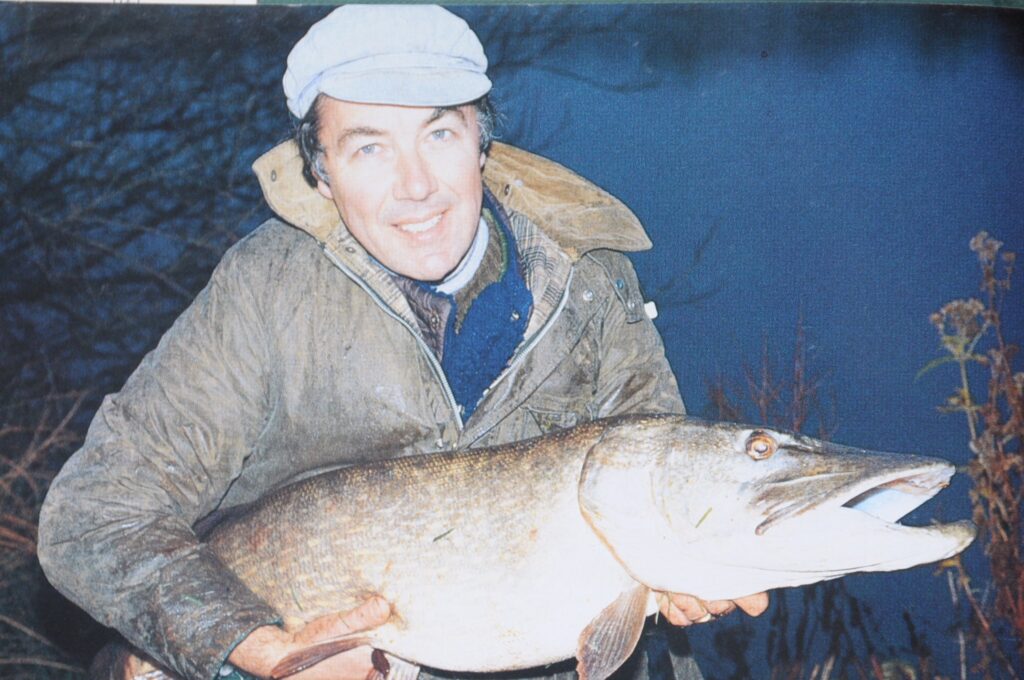 I once made a film in the Himalayas with Paul Boote, co-author with Jeremy Wade of the classic, Down The Crazy River. Paul showed another aspect of greatness to me… ruthlessness, an unstoppable desire to get things done, to get fish caught, to dictate the way any session would go. Today, I see the same relentlessness in Alan Blair. Alan is a joy to have as a companion for the day, but what makes him great is that, like Paul, he does not take no for an answer from any fish that swims. He would probably disagree with me, but I’d put Mark Everard, Professor Roach, in something like the same category of greatness. Mark displays some of the same oozing confidence, that assurance that fish will succumb. Again, you’d never fish with a more lovely man, which is a good job considering he will out-fish you nine times out of ten. 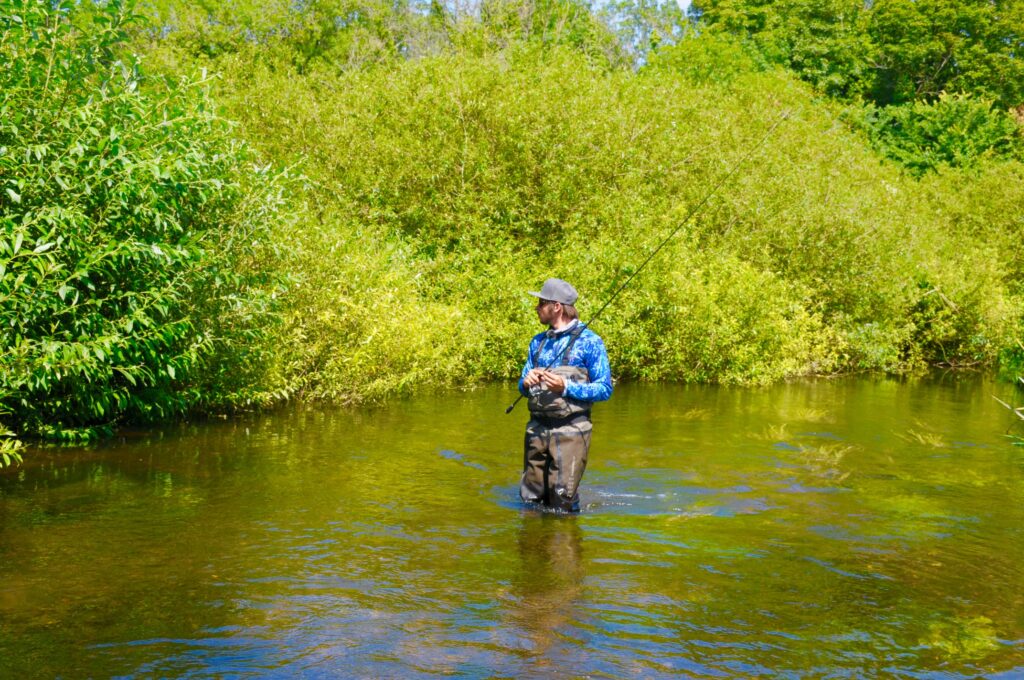 Today, I’d rate Josh Fisher and Robbie Northman as “great” as any anglers I have witnessed in action. They are both thirty or thereabouts, and have the experience and the drive to put them at the top of their game. They both live for the sport but vitally, like Wilson or James, they are true all-rounders and attack any situation on its merits. If catching a devilish hard chub depends on a lure, fly or bait approach, it doesn’t matter to them, they are equally adept. Interestingly, neither would dream of fishing without Polaroids but more vitally, both love to wade, to get in there with the fish they are pursuing. There’s something in this, the melting of the divide between land and water that great anglers can accomplish in my experience. 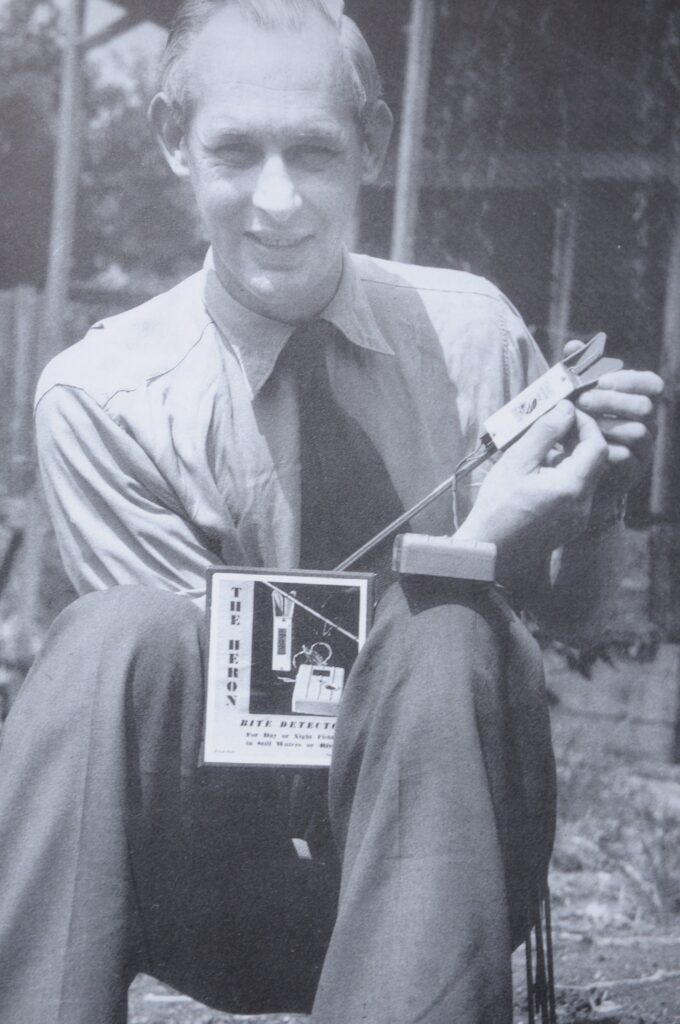 I could go on forever but you’ll be pleased that I won’t. I would love to comment on Walker and Jeremy Wade but I have seen neither fish, so I cannot. It’s the same with match anglers. I would rate both Ron Lees and Ivan Marks as great because I did watch them in action, often, but I have not been fortunate to be around Bob Nudd or Kevin Ashurst on the bank.

All I’m hoping is that you’ll agree with some of this but perhaps not everything. Any and all of your observations are just as valid as mine so share them please, and let’s make Covid more bearable together.

The post My Greatest Angler appeared first on Fish and Fly.