Want big Rainbows that are not stocked brood fish? Try North Georgia. They come in pounds not inches!

I don’t know how I landed this bow. When I pulled out the parachute BWO it took the hook was bent to a 90 degree angle.

Caught this guy in a local stream occupied by mostly browns. I’ve been fishing this river for 12 years and this is only the second rainbow I’ve caught in this section. Soooo many wonderful fish here, I am hesitant to play, but my son and I went out last month in NC and had a great day - a bit chilly and enough rain to make it fun and we caught a few respectable fish so I'll add some photos. Of course the biggest one got away! It was a deep colored fat Rainbow, honestly about 24 inches, he was on tight just to the leader then . . . poof. Gone. The heartbreak was deep . 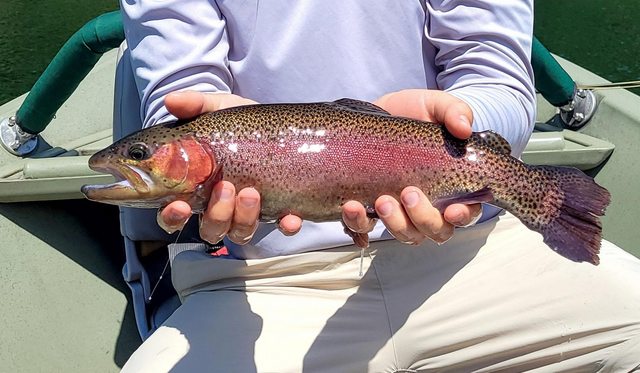 That is a gorgeous Rainbow - love the color

When I look at an image I have like this one I can see that it's hard to tell the size of many of the fish I've bothered to take a picture of. That is very likely a sea run trout, I base that guess on where I caught it and the size. No way it was 30 inches but it had to be over 24 and I think maybe about 6 or 6.75 pounds. The water where I unhooked it and then took the picture when it didn't swim away was maybe 4" deep and I now see how much of its back was sticking out above the surface.

This wasn't the best year for big trout here, at least not for me but I got a few. There's always spring to look forward to and I'm in for a long winter here....
Last edited: Nov 18, 2021

I'd like to have Ard's opinion about this one...

The fish has the basic morphology of a female rainbow trout although it lacks the traditional coloration. If you were fishing in a lake this lack of the bright red band or gill plate can be fairly common. If the stream flows into a lake or even a very large river that too could explain the drab pigmentation / lack of color. Sea run fish can also come in in an almost colorless condition too.

I think you have a rainbow there but one that isn't taking on the typical colors of the species. We could consider many reasons for this lack of color or just say it's an odd fish. For instance, some people begin to lose their hair by the time they are in their mid to late 20's, that does not make them another species, it just means they are going bald

My final guess is that the fish was born in a hatchery and just missed out on the genes that provide the bright colors. It may however develop some color if or when it enters sexual maturity and is ready to spawn or not?

Thanks Ard ...no lake here I caught this one in a stream...in which we stock rainbows but never this size.Some people here think it's a small one born in the stream....really hard to say....one thing we're sure of is that two years ago for the first time little rainbows were born in the same stream which is very unusual here...

Unless the stream is stocked with fingerlings or Parr I'd have to say you have some fish feeling the love there buddy.

Ard said:
Unless the stream is stocked with fingerlings or Parr I'd have to say you have some fish feeling the love there buddy.
Click to expand...

No rainbow fingerlings stocking ....before this year....so this one is wild...they do feel the love Ard 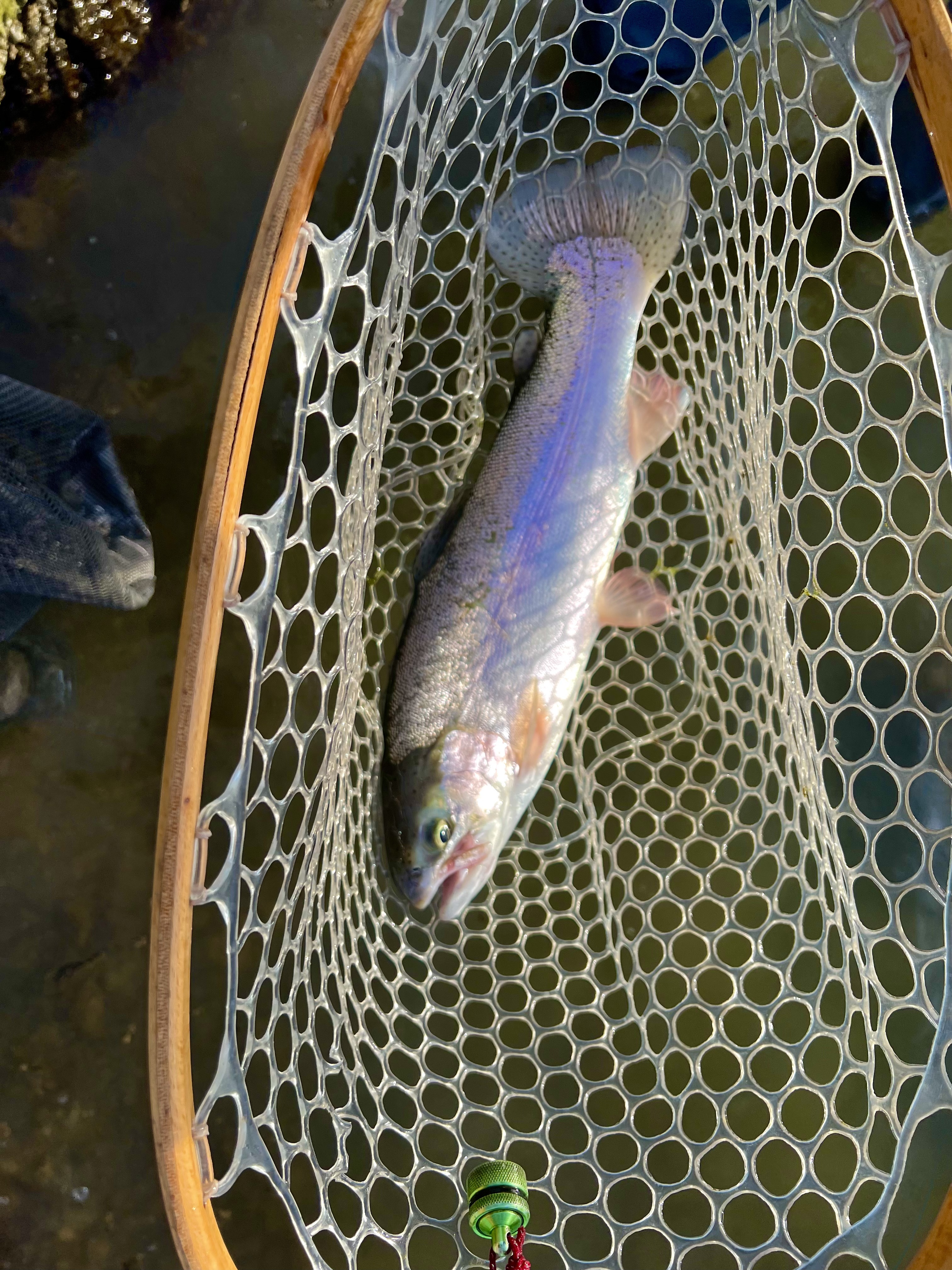 Nice fish Lando. Those first two look like the fish from our alkaline high desert lakes, very silvery with a tiny head. They look like they've been eating very well.

Here's a fat little Columbia river redband I caught yesterday. I flipped her over and you can see the orange throat slashes, similar to, but a different color than, the throat slashes on a cutthroat. The throat slashes are very common on this rainbow subspecies, especially closer to spawning time.
This little fatty ate a dry during a very sparce baetis hatch.

Not a great picture, but this little hen (12 or 13 inches) put up the best fight of any fish I hooked this year. She took a dead drifted soft hackle maybe 20 feet from me, zipped upstream and jumped, then turned into the main current and ran down and across the river till I only had a couple turns of fly line left on my reel. It's been a while since I heard my reel scream like that and had that much line leave my reel that quickly. Big males are nice to catch, but I love the little ladies, they fight so much better.

Here’s one of the prettiest fish I’ve caught all year. I’m pretty sure it’s just a rainbow, but the color of the gill plate makes me think it could be a cutbow.

This was the biggest one I've caught that still had it's Parr marks.