Does anyone make felt wading boots that have stitching in addition to glue/cement attaching the felt to the boot? It seems like this might help keep the felt attached to the boot for a bit longer. I fish slippery eastern streams and rivers and feel felt is the way to go. I generally fish one river and always properly clean my gear before I get jumped for using felt.

Then there's Korker's which is a whole different thing.

Both Simms and Patagonia have sewn and glued felt soled waders but the construction varies. Here are the parts of a boot. Furthermore, the sole of the boot is both glued AND sewn to the boot welt 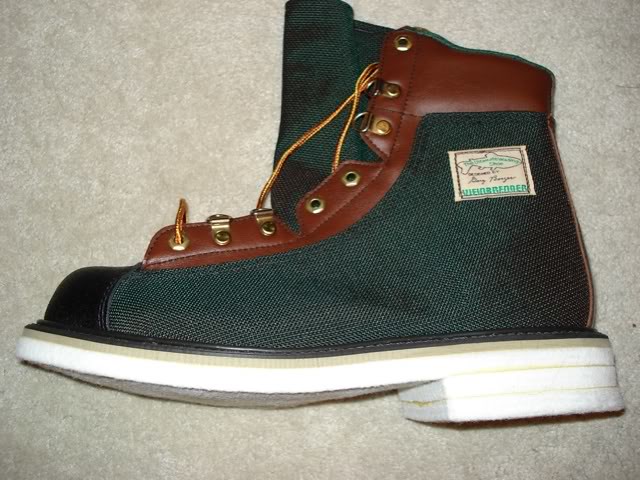 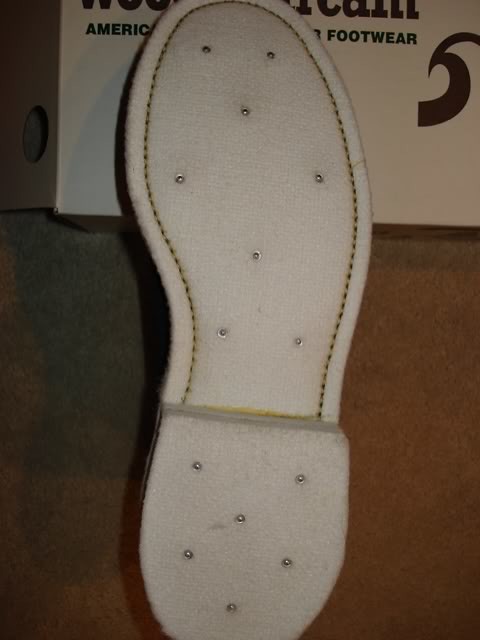 The heel of a boot forms a ledge that "digs" into the soil when one walks down hill. Try walking down a hill with a flat soled pair of shoes and a shoe with a heel and you will notice how much more stable you are with the heeled shoe because it grabs and stops your foot from sliding down hill. This is especially important for boots with felt because felt is a relatively smooth surface and needs the heel.

For wading the heel is really important especially then standing on any rounded surface such as the top of a rounded rock. The corner of the heel forms an edge that "grabs" onto the surface of a rounded rock and gives you a stable hold on the top of the rock. Look at the photos of the bottom some boots. Is it any wonder that they have problems with traction going down hills or on the top of rocks?

Since most boots now have a unisole, I suggest buying a boot that at least forms a semi-heel rather than a flat sole. Secondly, but a boot with the sole both glued and sewn to a SEPARATE welt so you can see the upper stitching as well as the lower stitching on the felt.

This pair of Simms meets the criteria. 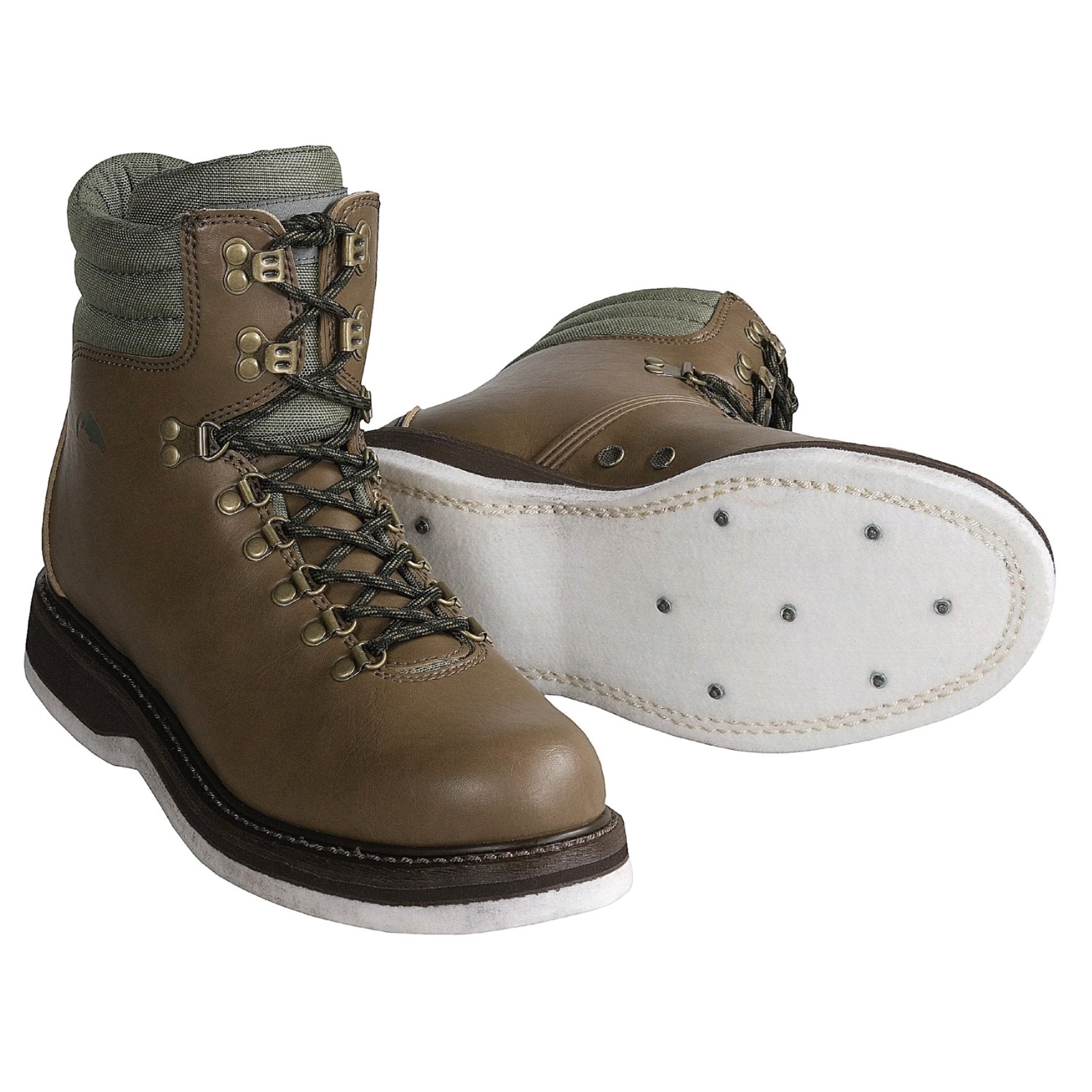 This Patagonia does not. 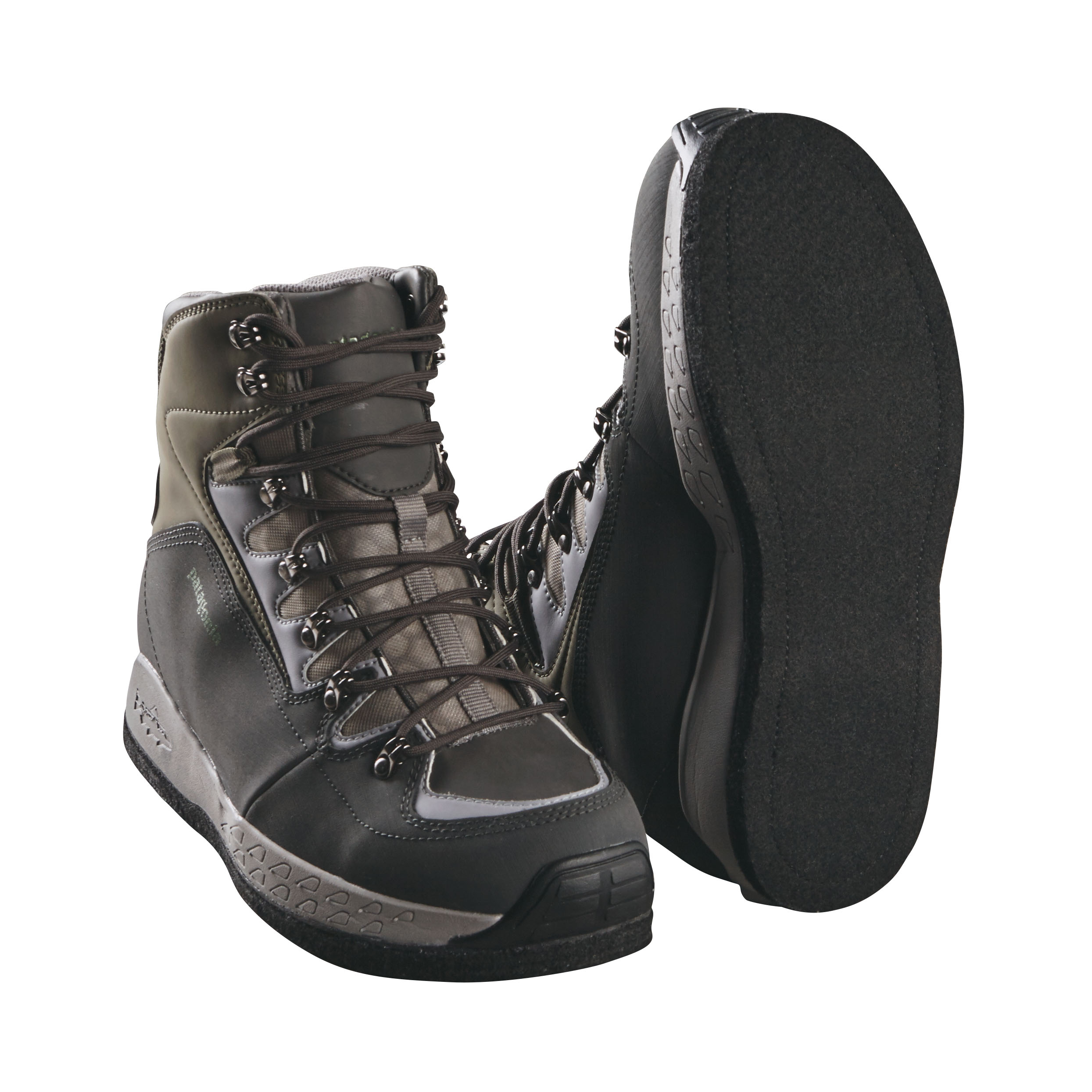 Most shoe shops will do the sewing if the design (sole) of the shoe will support it.
I have been very surprised at how grippy my rubber soles are. I've been wearing my breathables for both ducks and fishing for a long time. Climbing in and out of muddy ponds and on ice made studs- hex head screws- a natural. when I switch to the rubber soles (also studded) it takes me a while to gain confidence in their stability. They are Redington and Caddis brand shoes, so, not real high end, but they work.
You must log in or register to reply here.
Share:
Facebook Twitter Reddit Pinterest Tumblr WhatsApp Email Link
Top