Let many things that take off in record speed.....I would include Skagit in general and the specialty OPST Commando lines as part of a hug in-rush of interest into the sport. I'm not saying it's a fad....but it's close. Everyone was talking about OPST Commando heads when they came out...I mean everyone. And now.....not so much. Interest has waned. If you can grab a 1st generation Commando shoot head.....they can be had used at good prices. Look at sold items in Ebay.... ~ 40 sold in past 3 months.

As far as furbies.......they'ere cute and creepy. Kinda like Cousin It. 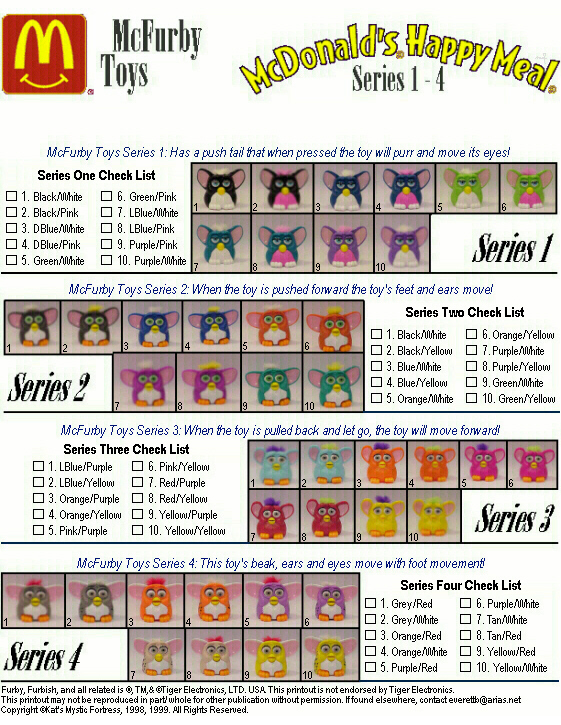 That would have been before I came to this forum, and here is pretty much the only place I've seen much about it, but one can buy many NOS lines on eBay or the like for very good prices if one is patient.
L

trev said:
but it begs the question of why if those heads were the big thing, why have they lost popularity now?
Click to expand...

IMO there was a pretty big social media push to go along with those heads. Lots of videos of guys making what looked to be effortless casts across the river without making a back cast. It's like a commercial for a cooking gadget and the demonstrator makes it look easy and fun to use. You need to have a specific technique to casts those lines. Without the technique meant you would have to practice to learn the technique. Some may be inspired to put in the work but other may not have the time or inclination to do so. The old saying, "there are no short cuts" would apply here

I picked a 325 Commando head for 30 it looks like it's was used one time.
I didn't buy it for SHS but as a Skagit head for a two handed rod.
G

I use to do a fair amount of two hand casting for midwest steelhead but it's been half a dozen years or so since I've done it. These days the addition of the micro skagit allows me to carry an extra spool and switch over to swinging streamers for stretches with high banks. To me skagit is simply a tool, it definitely has it purpose. For a trout fisherman it opens alot of doors.
G

Finally had a chance to play with the xheavy mow tip! 7.5' opst run sink tip, lead eye clouser, #25 pro spec mono. Tried a 905-4 St croix legend ultra, 8'6 #4 redington cps. Casted side by side with a opst 200 grain head and felt on the light side for the 5wt, worked extremely well for the 4wt. I'll be trying it on a 8' glass rod and trying it with some other tips to get it dialed in. For those of you who want to try skagit casting with a sh trout rod it's a no brainer.

Micro skagit heads, namely OPST, became a standard piece of kit. Still effective and used by many, the new factor and hype kind of slowed. The initial excitement waned, and other companies came out with similar products.

Some of the og OPST crew went on to do their own stuff, even promoting other company's heads. And the non-fly-line products offered from OPST and the companies that formed after people left are fairly similar. There are swing hooks and talon hooks...

They seem to have a lot of turn over as a company.

Scientific Anglers gets it right with Ultra Compact Lines It's obvious that I am a fan of rods under 12 feet. For many reasons and in many places they are more efficient and more fun. For me personally I really appreciate the total working length, which is the rod plus the basic line systems...

To be a fly on the wall when Jerry left OPST. He was really proud of what he and Ed had developed and was able to share it with us.... it’s a shame he opted to leave.

Jerry left. Others seem to have left too. Ben Paul left. I'm not sure about Trevor, in a recent interview he seemed to say he has started using SA lines but still does use OPST.
G

Those guys mentioned were the heart of the company. I use a lot of their stuff for trout spey locally and steelheading in the PNW. Their products are solid and the Commando head is unique from other heads, in that it packs more grains per foot than any of the competition. They work really well for me. I have a ton of other heads for both trout spey and steelhead and all have their place. But, the Commando head is the best of the trout spey heads that I have used. Large streamers swung on a 175-225 grain head on single hand rods ranging from 4 wt. to 6 wt. respectively in stated grain weights work flawlessly. Commando heads in 425 grain are money on Oregon coast rivers where backcast room is limited on my 7 wt. Sage Igniter spey rod. Tosses 10-12' of T14 and a large Intruder style fly like a 5 wt. single hander casts a dry fly.
Last edited: Feb 13, 2021

As long as Ed is there there is hope. Let’s hope they don’t jump the shark. How is it the greatest minds in Skagit have come and gone just as quickly? I’d presume the guys financing the company have chased them all off. There isn’t a free spirited and creative mind in the word that wants to deal with corporate bs out to steal your mojo.
G

I totally agree flytie!! It seems to be a volatile company where steelhead gurus come and go frequently. The money behind the operation is the question. I don't know who owns it, but since Jerry, Ben, and Trevor (I don't think he is still there) have left, it doesn't have the same flavor as it initially did with the enthusiasm and experience of the original crew. Also, a lot of the times their stuff is out of stock. Popular stuff too, like their dubbing spinner (which I have 2 of, lol) goes quickly. Like I said I love that company for what it is, but I really miss Jerry's tying videos, as he was a genius and sneakily sarcastic and funny all at the same time. I have had a lengthy phone conversation with James Millard (manager) and he is a super solid dude!
T

ghostrider408 said:
I don't know who owns it,
Click to expand...

from the web- "The company has 3 principals on record. The principals are James Iwase, Raymond Ward, and Yasushi Nakano. "
C

I watched this video by LineSpeedJedi a year back. Purchased the X-Heavy Mow tip (180gr) and paired it with a 7 1/2' Redington Wayfarer for 4/5 lines. Used a Polyleader with it. Lots of fun. Turned over surprisingly large/heavy flies if I wanted to use em' It's an awsome, cheap way of doing it in the 2-4/5wt. category.
Last edited: Feb 17, 2021
G

c1eddy said:
I watched this video by LineSpeedJedi a year back. Purchased the X-Heavy Mow tip (180gr) and paired it with a 7 1/2' Redington Wayfarer for 4/5 lines. Used a Polyleader with it. Lots of fun. Turned over surprisingly large/heavy flies if I wanted to use em' It's an awsome, cheap way of doing it in the 2-4/5wt. category.
Click to expand...