My young fishing bud Rapha took me on a little marvel he knows...funny I had never fished this stream before although I know all the smallest streams of my area....for once he wa:fishing:s the guide his flyfishing level is so high he coulld easily put very pretentious flyfishermen to shame

Here is a typical small stream in the GSMNP. Also showing the thickness of all the rhododendron, fallen trees, etc. The rainbow is a wild 13 incher caught high sticking. This was taken last week 5/9/20.

Nice browns from a stream near my home. Both fish were taken on size 18 Sawyer Pheasant Tail nymphs fished 18" below a Parachute Adams for an indicator. 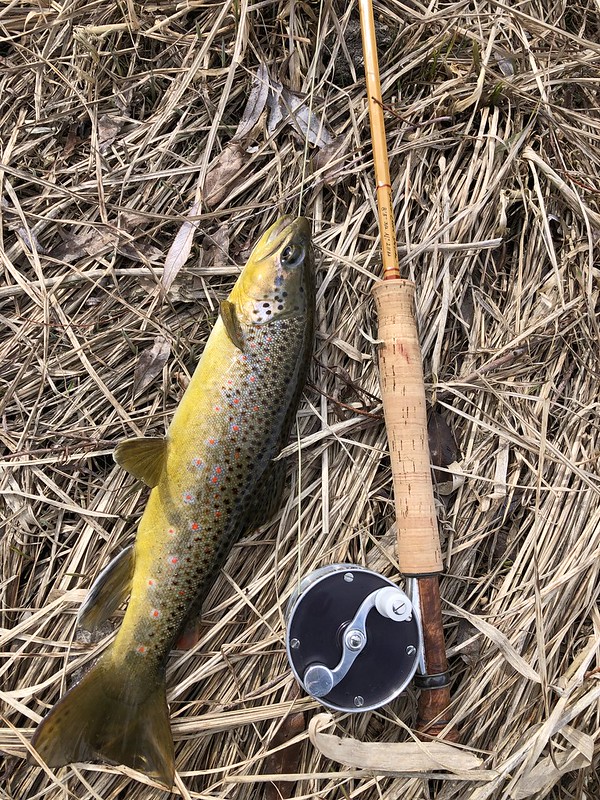 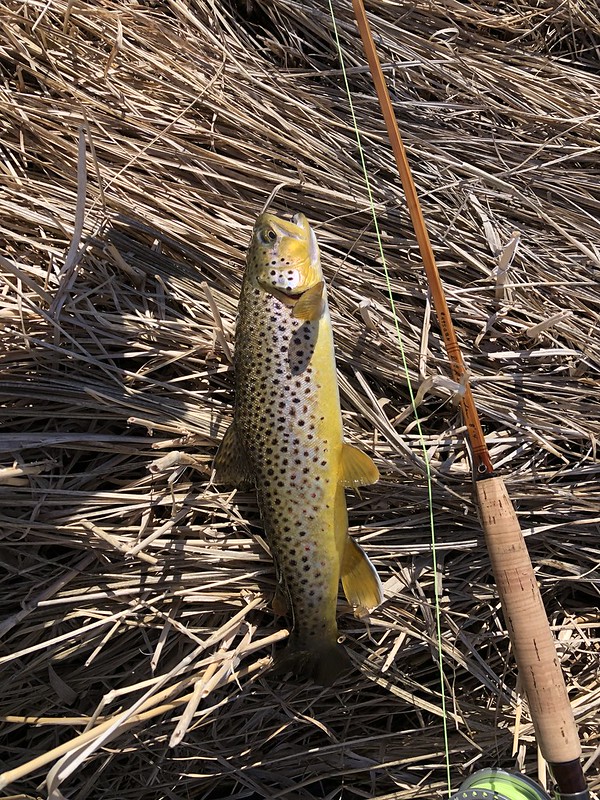 I hiked into a creek that I had been eyeing up for a long time. There are no records (that I can find) that would indicate that a population of brook trout was present in this tiny creek. I found a map from the early 1900's that actually labeled this creek as "spring creek", which it is no longer named. When I arrived at the creek I was immediately excited to see that there were in fact many springs coming from the hillside feeding into this creek. It is a very short running creek that runs into a swamp, and it obviously wouldn't be able to support much fishing pressure, so I am reluctant to tell even my best fishing buddies where I found this spot. After catching a handful of little gems from this location I moved on to another spring creek that I was familiar with, which had browns and brookies, and had a blast there catching some nicer browns on my glass 3 wt.

Took a lady on the water today,because of the high wind I thought it would be better to fish a small stream,I was right.She had great fun and really enjoyed fishing this small stream.

Another small....stream,not the easiest to fish I know

I look silly with those fit over glasses....this brown is a beauty

I love this spot....no trout under the bridge this time,but it's so beautiful it's worth it anyway

jpbfly said:
I look silly with those fit over glasses....this brown is a beauty
View attachment 23174
Click to expand...

No you don't, you look like some old guy with those big fit over sunglasses that old guys seem to like.

Heaven on earth. Nothing but CO river cutts.

Lucky today on my local creek to have a slam. Brookie, browns and a rainbow.

Didn't want to stress out the trout with water temps 70+ so I went to another local creek. A Finger Lakes tributary. Did a little bit of wet wading.

Sent from my SM-N960U using Tapatalk

Colorado high country is wide open up to 10,000 ft so been poking around on a number of different creeks up there the last few weeks. 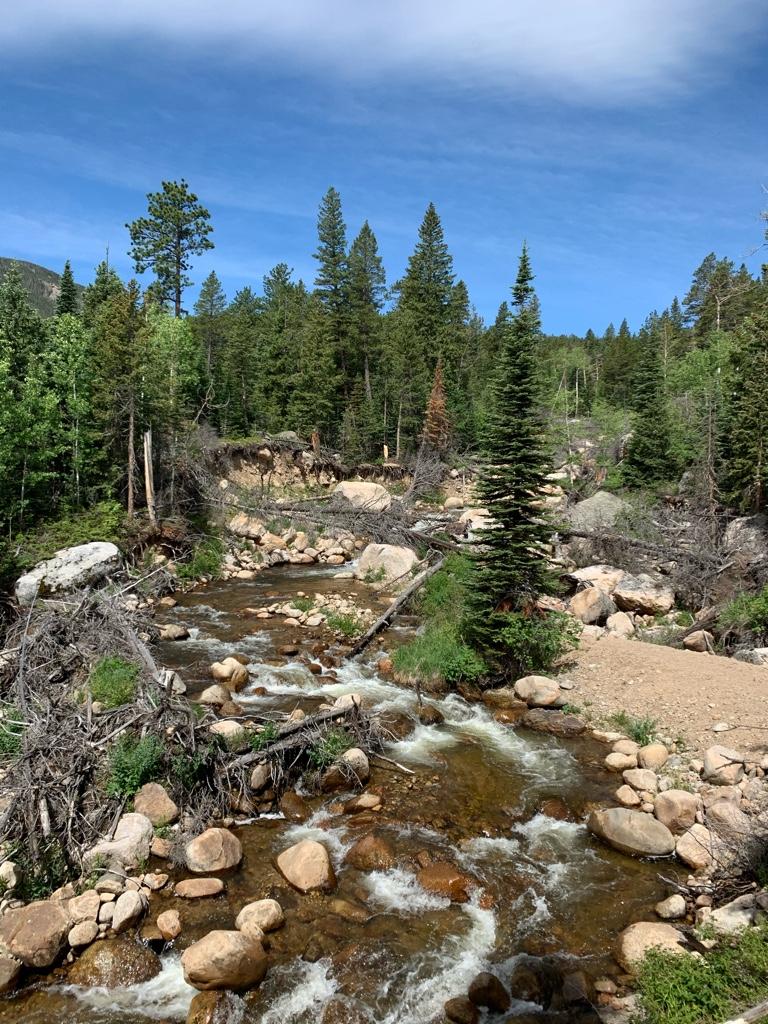 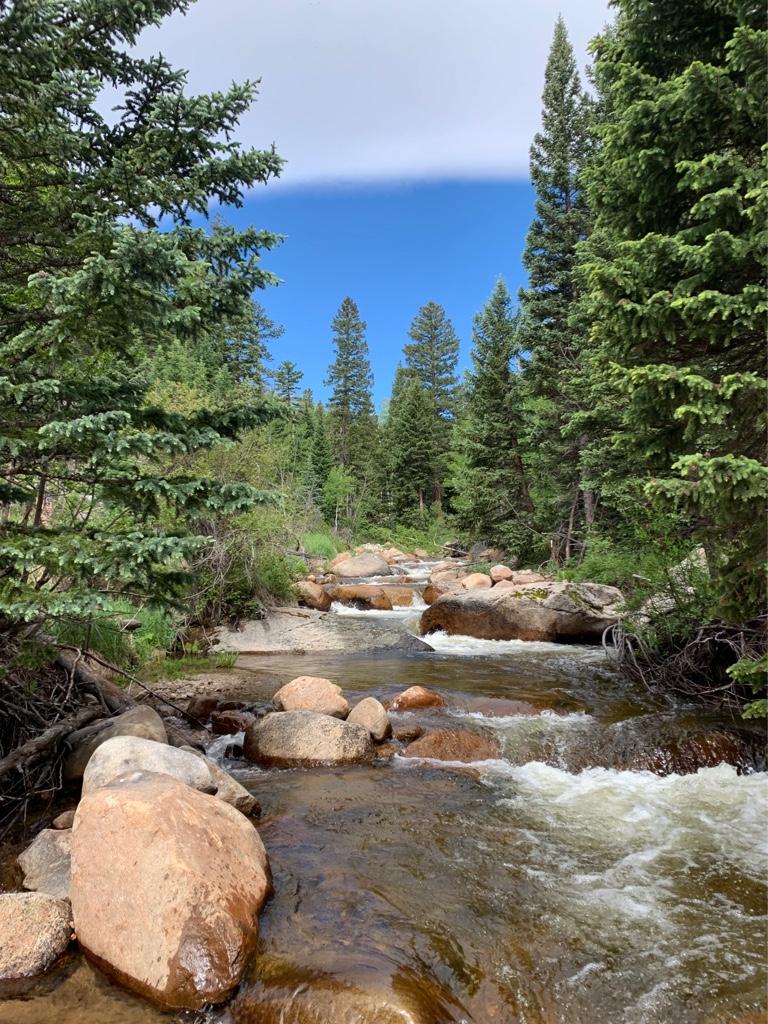 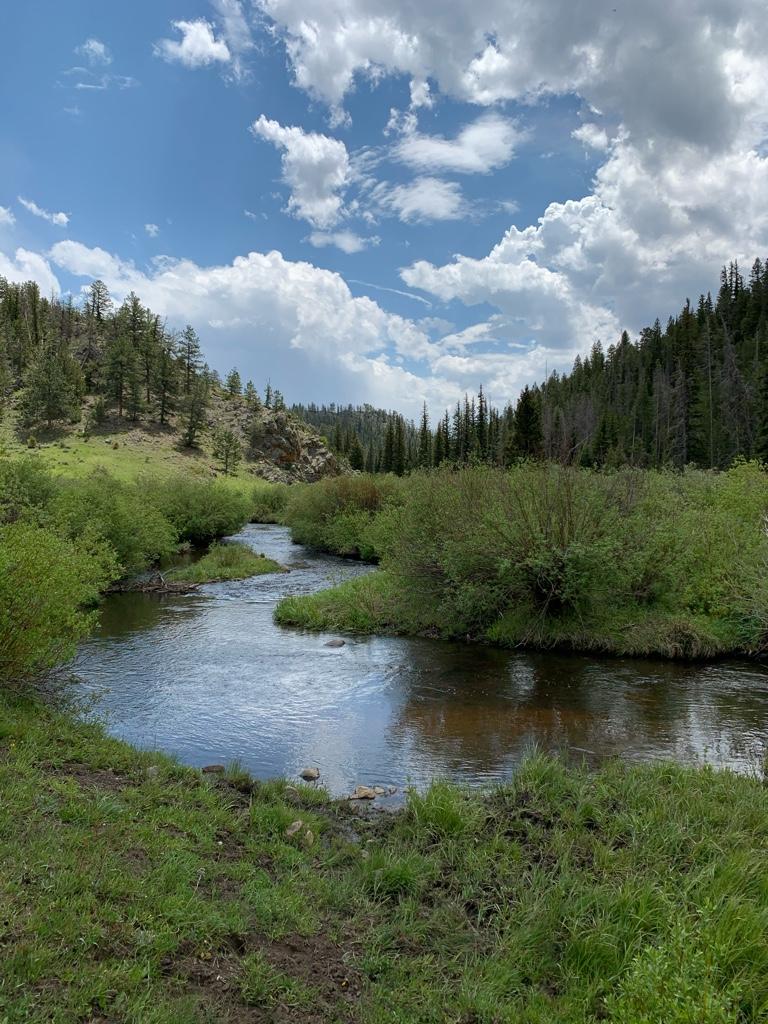 I guess these are better placed in this thread.

Took these on the Whitewater River in SC this weekend. It's not very fertile but has wild Rainbows, Browns and Brookies. 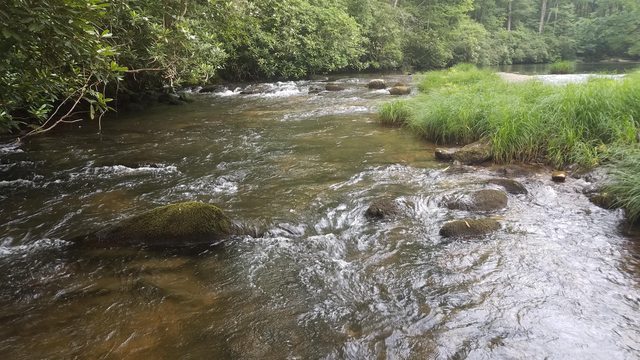 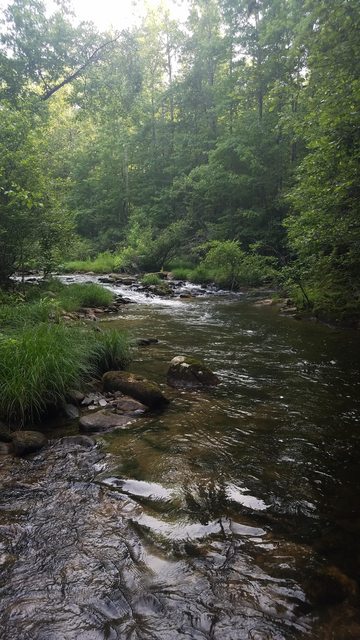 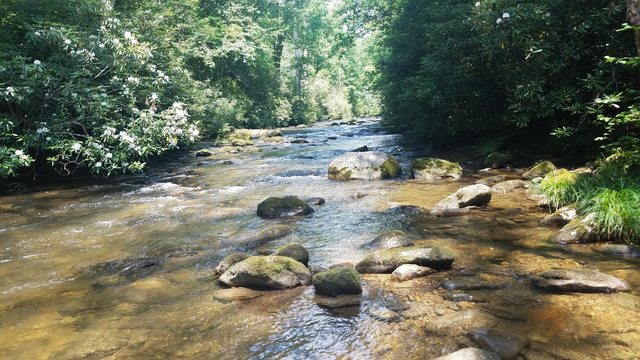 I'm glad I went when I went. I wasn't really going to go at all.

A forest fire closed highways and blocked access to a very popular arizona rim stream that's being stocked with native gila trout. So I went thinking less people. Maybe I could get some stream to myself and catch some of those stockers. It turned out I had most of the river to myself.

I went to all the popular stocking places that I see online and caught/released the gila stockers.

Then I took the well worn path along the river and had a great time stalking rising gila's in the grass lined cut banks.

The trip turned out great. Due to the smoke at the river and in the nearby town I camped at the top of the rim about 45 miles away. Camp was pretty clear of smoke but it snowed ash one night which was something.

Today's thought;
I'm really glad I went when I went. The fire is controlled now and the highways are open. But now the entire tonto national forest and most of the rim is closed due to extreme fire danger so all those anglers and all those gila will have to wait until another day.

Me and a buddy fished a new spot the other day for a bit before work. It’s about 15min from my house. Found a lot of nice little pools. My buddy took this video of me pulling a little brown out of one of the pools.

I decided to take a float yesterday. I’d never floated this section before so I tried to get one of my fishing buddies to join me but ended up going out by myself. I'm somewhat experienced and the water level was fairly low/slow so I wasn't too worried but it turned out to be quite an adventure.

Right off the bat, I hit into several small mouths. Nothing particularly big or remarkable but in the 9-12" range they can still put up a good fight. Now, I had a fly rod with me but I stuck to the spinning rod for most of the action. It was just easier to manage while floating down a small/medium sized creek. I probably caught two dozen smallies, four or five fallfish and one longear sunfish. I saw some huge carp too. I didn't get a good look at them but I assume they were carp.

I saw a juvenile spike buck. Then I came upon two massive snapping turtles doing battle in the middle of the stream. I first noticed a bunch of bubbles. Curiously, I cast towards them. As I'm drifting towards the bubbles I realize it's two giant snappers. I reach for my phone to take a picture but by that time I'm pretty much directly on top of them. Just then, one peels off and starts heading straight for me. I put the phone down and start paddling away from them as fast as I can, lol.

A little while later I'm working a big, deep, slow moving bend in the stream. There's big fish in the water. I can make out their fins. They look to be well over 20". Probably carp I'm guessing. I look downstream and see a group of deer hanging out in the water. Just then another deer, immediately followed by a coyote, come crashing out of the woods and into the water about 20' from me. The deer starts making a beeline straight for me, followed by the coyote. WTF!? "No deer, I'm not gonna save you". It gets about 10' from me as I'm, again, paddling away as fast as I can. Eventually, I create some space and they both turn and head towards shore again. I managed to get a short video of them both leaving the water and returning to the woods, still in hot pursuit.

Same stream that I posted above. This has become my new favorite small stream. Mostly because I can hit it for an hour or two in the morning before work since it is so close.

With my trips to the Adirondacks and the Battenkill cancelled this year, this has been my stay-cation stream in the heart of Ontario - the Credit River. A 90-minute ride on the motorbike through rolling farmland gets me to some fantastic wild brown and brook trout fishing. This section here is below a small cataract and holds mostly browns. The brookies are above the cataract, where they hit the evening caddis hatches like there’s no tomorrow!