I didn't want to hijack SDMT's thread so I thought I'd make my own. I have a similar concern. Does anyone have a guesstimate as to when they will lift the non-resident camping restrictions? We had a trip planned to fish the North Platte and camp at Pathfinder for the second weekend in June, probably the 11th-14th. I'm guessing that trip will have to be pushed back but I'm hoping it will work out still. I'm also trying to plan a family camping/fishing trip to an area I've never fished. I've landed on the Sinks Canyon area to camp and fish maybe in late June or the first half of July. Looks like there are plenty of first come first serve sites between the state park and national forest campground. I've tried doing some research on fishing the Popo Agie River and haven't yielded much. Has anyone fished the river there? I see it has quite a few boulders stair stepping down the canyon, so that would be fun, and I also see you can't fish the area around the "sink". Other than that, does this river hold much for "big" fish? I'm fine with catching 12 inchers all day in scenery like that, but it would be fun to know there are some bigger ones in there. Any tips and suggestions are appreciated, thanks!

If you google that question it will tell you .

We took a weekend trip to Newcastle this last weekend. All the road signs we saw said that camping was for residents only. It didn't show a date. It also said that residents needed a reservation to camp.
M

As of today, I’ve seen one article saying that state parks were open to non-resident camping but it’s the Internet. A simple call or email to the Wyoming State Parks and Cultural Resources folks will probably get you the answer. FWIW, that article also said all state park campsites had to be claimed through the online reservation service. Signage this past weekend was still saying no non-resident overnight stays.
M

Also, Glendo was an absolute zoo this weekend. I’ve never been to Pathfinder or Seminoe but I would imagine they were similarly busy. Which would make me think that the stretches from The Mile all the way down to Casper would be busy as well
N

Yes, I've used Google, but all I've found were outdated articles saying still no non-res. I will call Wyo State Parks tomorrow. So let's scratch the camping part of this post, has anyone fished the Popo Agie? Will the flows still be crazy high in July?

Not in July. They did have a fair amount of snowpack this season. Flows should start to drop late June early July.

Thanks for the reply.

I was looking at the flows around the mile and are at 2000+ cfs. In one of the rivers I fish that is a good range. Have to be careful of course wading. Is this flow considered bad for this area? I haven’t fished it since the 70’s, but alway think about it as I drive through Sinclare. I will be in that area at the end of June. Chris
D

cmcdhuibh said:
I was looking at the flows around the mile and are at 2000+ cfs. In one of the rivers I fish that is a good range. Have to be careful of course wading. Is this flow considered bad for this area? I haven’t fished it since the 70’s, but alway think about it as I drive through Sinclare. I will be in that area at the end of June. Chris
Click to expand...

If the calendar is good to me, hit me up. I live right by there.
T

Popo Agie is a run little river to fish. There’s nothing big in there, except for maybe the occasional escapee from the sinks.
The water should be good to go during that time.

Don’t forget about the north fork and little popo agie. And keep an eye out for snakes

Almost forgot to respond but I had a great time near Lander with my wife and kids. I didn't get to fish as much as I would have liked but that is ok, it was more of a family vacation with time to fish whenever I could fit it in. My dad did teach me to fly fish a week before the trip but with so little time to fish I stuck to fishing Panther Martins. The Middle Popo Agie was running pretty hard still in the canyon, more than I expected when I saw the stream gauge in the 200's. I had a few follows from some small pools, but fishable water was hard to come by. Lower down outside of the canyon there was some great water outside of town and in town. Caught a couple small browns right in town and then outside of town I caught the nicest one of the trip with my boys right beside me standing in the rain. They were super excited! 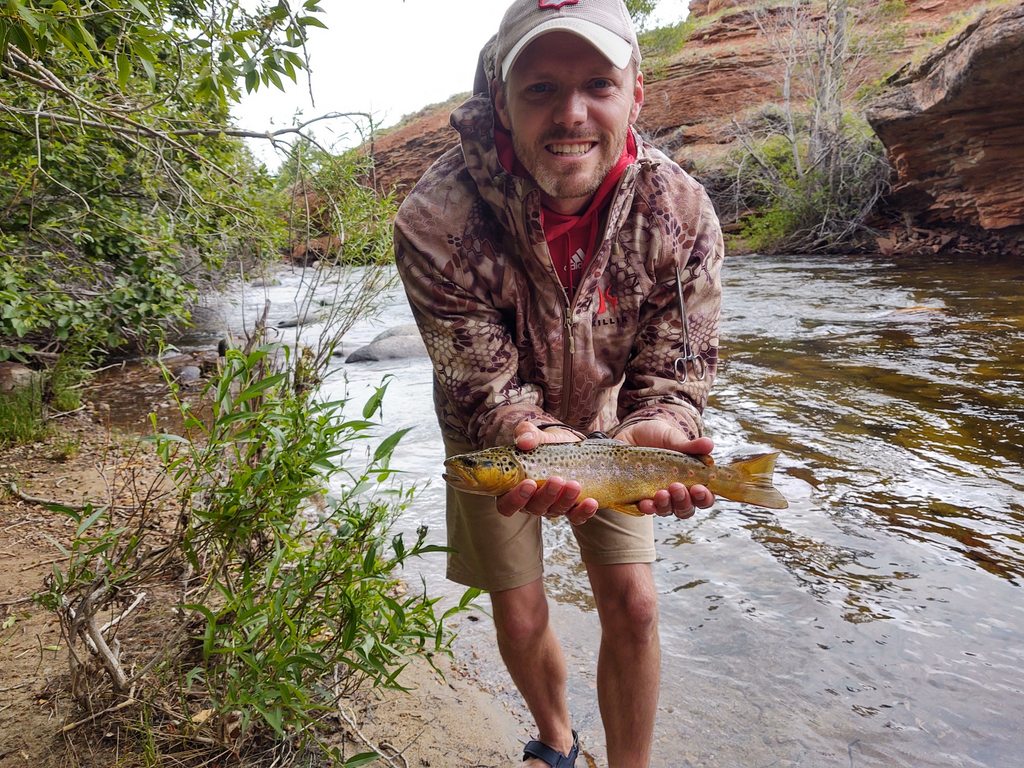 I also fished the Little Po at the two access spots. I caught six browns in about an hour of fishing. That was some beautiful water and scenery to fish! I did almost step on a rattler so your comment about snakes two_nymph_rig was correct. I was slightly paranoid the rest of the time because I was wet wading with sandals on the whole trip. All in all, for as little fishing as I did I had a blast and was able to catch some fish in a beautiful area! Thanks for the info about the area from anyone who responded! 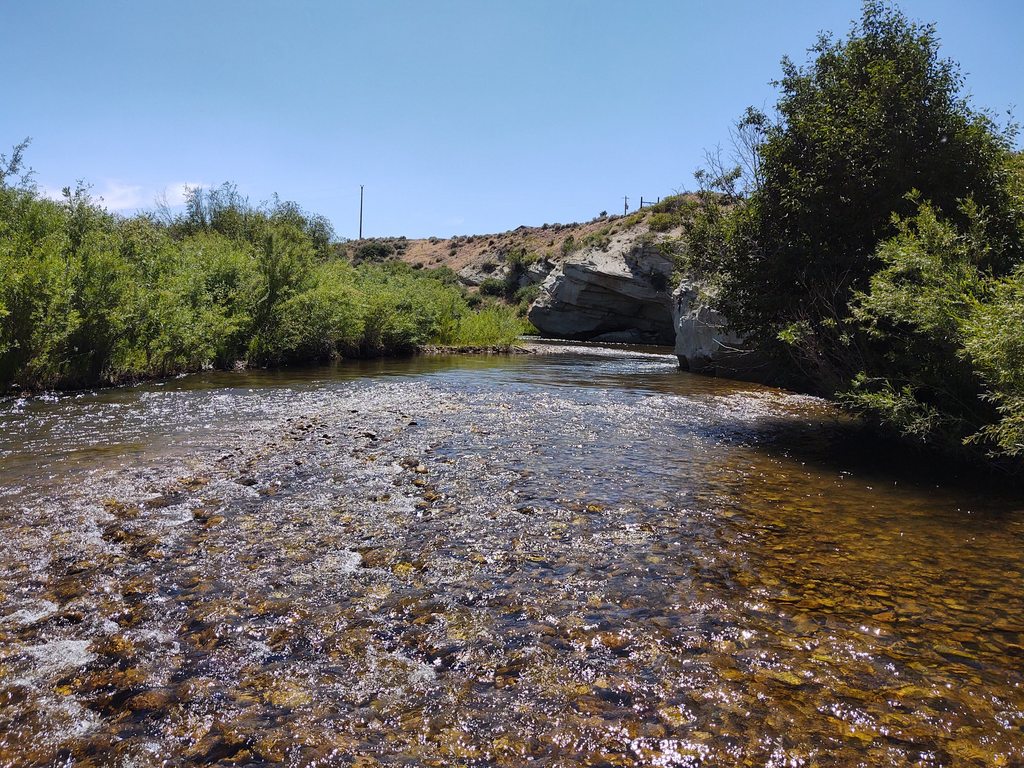 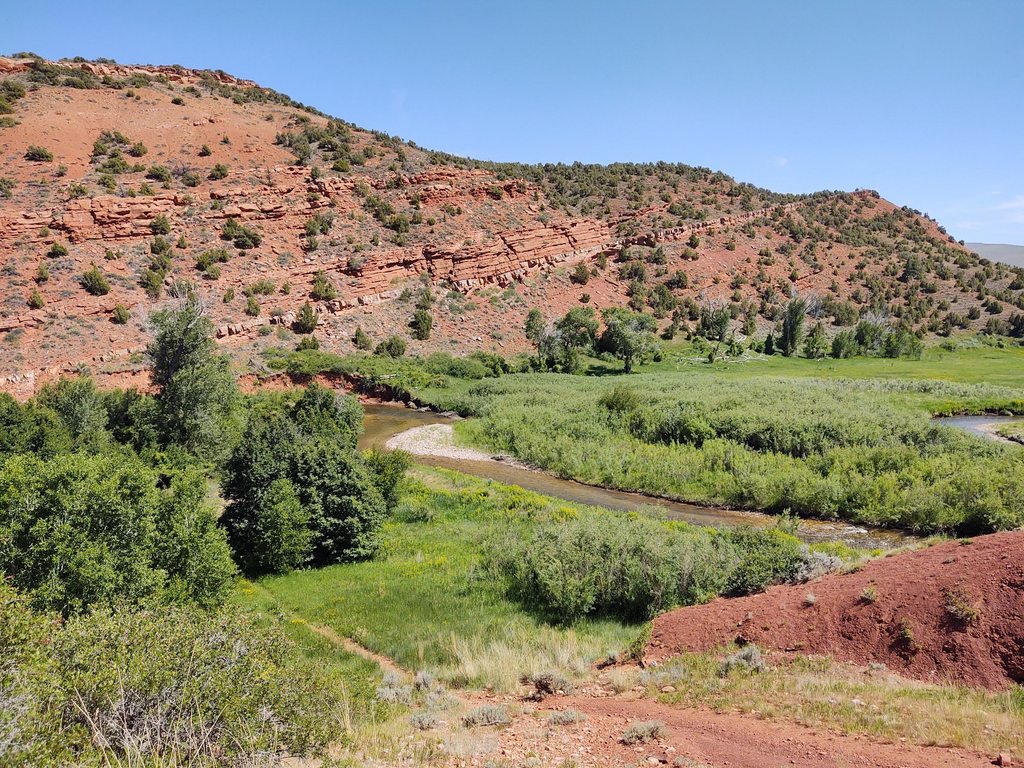 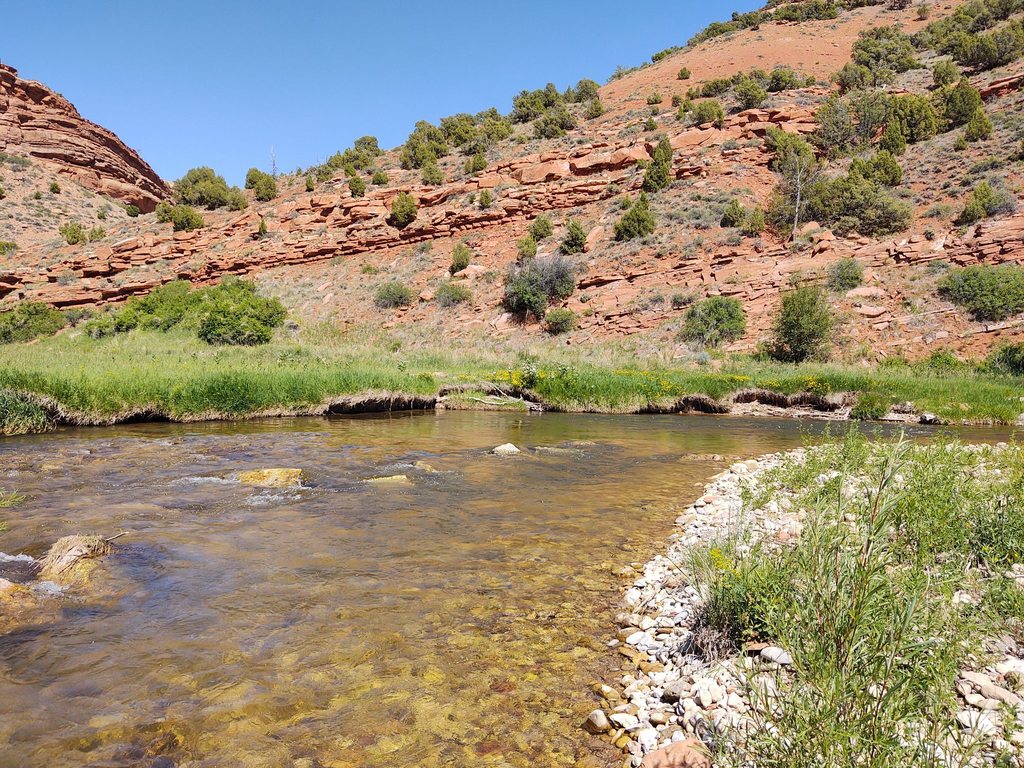